We received a phone call from Mrs. Jones this morning letting us know that RT did not accept her resignation and that she would be the convention planner for RT in 2013. Mrs. Jones could not elaborate on all of the details, but indicated that she was delighted that the impediments to working at the 2013 convention were overcome and that all parties are both satisfied and happy that all has worked out to bring Mrs. Jones back as the event coordinator.

Reader’s Entertainment has just learned that long time Convention Planner for the RT Booklover’s Convention, Jo Carol Jones has decided to depart. Ms. Jones announced her departure via an email:

“It is with deep sorrow and regret that I announce as of Oct. 1, 2012 I no longer represent RT Booklovers Convention! It has truly been an amazing several years having the opportunity meet, work with and have fun with each and every one of you! But it is best for me and my business to move on to other opportunities at this point. I wish RT Booklovers Convention and Ken, Kathryn and Carol all the best and continued success for many years in the future.” — Jo Carol Jones

Those of us who attend the convention are very sad to see her leave, but we hope she has a wonderful and successful future.

Readers Entertainmenthttp://dayagency.com
Previous articleThe Pope is an Author
Next articleRomancing the Holidays with New Releases and a Party! 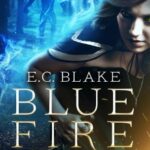