First of all, if you open your email and see an email inviting you to view a rape documentary and the first thing that crosses your mind is how expensive it would be to go see it, there’s more wrong with you than you realize.

I also hated Twilight. Again, here was a poorly written book with another bat crap crazy female lead that couldn’t live without her sissy of a boyfriend. Did these books give some women the wrong idea as to how they should behave and what they should be willing to let a man do to them and get away with? Yes.

Let me quote Mr. Schmidt’s post: “I recently watched “Double Indemnity”, a film noir from 1944. Sure, the main character is always pulling women around by the upper arm to get them to go along with him, as if they had no sense of agency of their own, or were incapable of responding to a simple, verbal “hey, come over here please”. Sure, the lead male has a habit of fiercely shaking his love interest by the shoulders as a prelude to kissing her.”

Obviously Mr. Schmidt isn’t familiar with gentlemanly behavior. In times past a man often ushered a woman into or through a room by either grasping her upper arm, elbow, or placing his hand at the small of her back and guiding her, thus preventing her from tripping in her high heels, being bumped into, or knocked over by other people in the room. There was nothing hurtful or violent in the action. As for the “violent” shaking before a passionate kiss, I think whether or not it’s actually violent comes down to who’s viewing it.

Lets move on to Mr. Schmidt’s reference to odd sexual practices. Again, lets quote his post: “I also hold “Fifty Shades” and its kin responsible for my confusion. My misunderstanding of the aforementioned email—and the vagueness of the email’s title itself—are the direct result of these books, as they have normalized imprecise language. More than the bizarre sexual practices, the poor syntax is, perhaps, the most disturbing thing about the whole “Fifty Shades” series.“

For a man who’s picture depicts him with long hair holding a beer, Mr. Schmidt seems to be a bit of a prude. Just because you don’t practice or understand a specific sexual behavior, practice or lifestyle doesn’t mean that behavior is odd, wrong, or inappropriate. It just means you don’t understand it and should keep your mouth shut about it until you do. There are several books out there, nothing like Fifty Shades, that can help even the most prudish of people understand these practices.

Let’s talk about men and women wearing bruises with pride. This isn’t a way to brag about violent sex. Those dark marks are a reminder of the passion they shared and experienced with their partner, their consenting partner. A small smile as they catch sight of one means they’re experiencing an abundance of great memories. Great non-violent memories.

Now, let’s tackle the F-Bomb. Mr. Schmidt says: “Every time Christian Grey says a phrase like “thank f***”—as if F*** were some commonly accepted deity to whom we offer thanks and praise.”

I don’t think it takes a genius to figure out that not everyone who writes or reads feels comfortable saying “Thank God” every time we want to make praise. Some people don’t believe in God, and others don’t feel comfortable with the word used in certain context, so, this is another one of those attempts to make the book a comfortable read for everyone. Not an attempt to decimate the English language. I actually use the big, bad, F-Bomb quite often.

And last but not least, completely bashing someone’s work in order to pimp your own isn’t the way to gain readers attention or massive sales. Despite how many of us feel about the Fifty Shades Trilogy and the Twilight Saga, these books have legions of fans, all ready to stand at their favorite books defense should the need arise.

Believe it or not, women are not the weaker sex, and although the above-mentioned book may depict women as weak-willed, weak-minded ninnies, today’s average woman is intelligent enough to realize such. Don’t expect to see women in the fetal position every time to going gets tough. We’re not Bella Swan or the insanely sway-able Anastasia Steele.

We’re intelligent, strong, and yes, highly sexual creatures. Perhaps were some men to realize this and stop trying to put us in boxes, they’d live happier lives with a very sexual woman, but as I said before, you have to actually leave the missionary position to find out.

About the Author:
Anna Snow began writing more than five years ago, and hasn’t stopped since. She’s been published by several publishers and has been nominated for countless awards. Anna loves life, and can think of nothing she enjoys more than spending time with her family and friends. She loves archery, reading, writing, kitties, spending time outdoors, and did I mention kitties? *big grin*

Before becoming Anna Snow, she released several books spanning all genres under the name, Chastity Bush. Anna also loves to hear from her fans and answers all correspondence she receives.  You can reach her at http://www.annasnow.info/

(Editor’s Note:  All guest bloggers are given the opportunity to insert links.)

We ask authors to share their favorite book they would gift to readers during this holiday season.  W.L. Hawkin recommends Marie Powell’s Last of the... 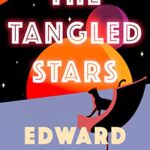 Jocie McKade - 22 November 2022 0
The Tangled Stars By Edward Willett Con-man, cop, and a talking cat who becomes a starship captain at the heart of twelfth novel byEdward Willett A... 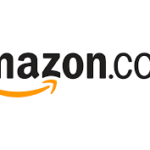 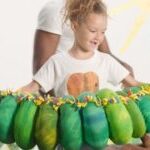 Jocie McKade - 21 November 2022 0
Penguin Young Readers and The World of Eric Carle have launched an all-new Youtube Kids Show in partnership with Rockefeller Productions, producers of the critically-acclaimed The Very Hungry Caterpillar Stage...

Jocie McKade - 24 November 2022 0
AUTHORS SHARE THE GIFT OF BOOKS We ask authors to share their favorite book(s) they would gift to readers during this holiday season.  Beginning tomorrow and... 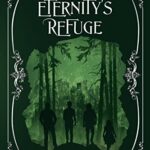