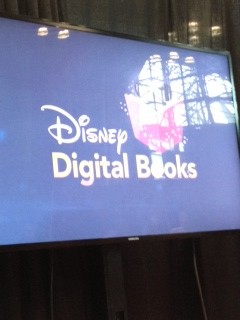 Book Expo America is the place for great industry leaders to show their wares, show off their authors and reveal what’s in the future for them. Disney Publishing invited Reader’s Entertainment to join them at their big reveal event where Lyle Underkoffler, VP of Digital Media for Disney Reads talked about “Storytelling 2.0” and showed the group some of their newest endeavors in apps that engage children by allowing them to personalize their experience in a number of ways.

The apps, which include a variety of options from Monster’s University to Kingdom Keepers: Insider. There’s something for all ages including young adult. Disney is promoting greater engagement and shared that they have seen an increase in sales in both digital and physical books. According to Underkoffler 20 million consumers interact with the apps daily and he gave a demonstration that impressed everyone, but didn’t necessarily surprise anyone as Disney is known for being a leader in the field of children’s entertainment.

Underkoffler assured everyone that there are safeguards in place so kids sharing their made up stories created by the app must have parental permission to share. Other parental controls are offered for the apps, keeping kids safe and parents comfortable.

Underkoffler says they continue to define the future of storytelling and though the lines between app interaction and games may feel somewhat blurred they are not concerned with labels as much as they are with having a great product kids love and parents can trust. 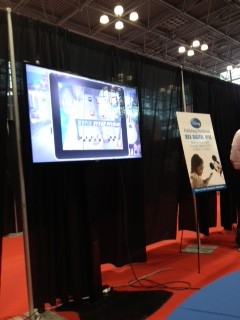