“Is the story of a nice Catholic boy who kidnaps, tortures, and kills attractive young women for the sake of the Virgin Mary. After all, you should write what you know,” says author Lee Charles.

Following both the serial killer through a series of “diary” style entries and the police task force charged with finding the killer, this novel gives unique insights. For one, the reader learns that this serial killer was made by the actions of his youth and those closest to him.

He kills out of love. Bizarre indeed, but he truly thinks he is saving the souls of the damned when he kills.

In a labyrinth of tattoo parlors, bars, and the underbelly of Wilmington, Delaware, the task force follows the bloody trail of horribly mutilated bodies of young women. Each displayed like a treasure, with a note of love and religious dogma attached.

Amid the seriousness of the plot, Lee interjects lots of levity between his characters, as well as the problems. Each character, even the secondary’s are multi-dimensional and they supply a great deal of emotional impact.

If you like a thriller with a mystery, and a serial killer that hides in plain sight – Mother of Mercy is a great choice. 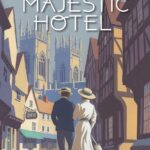 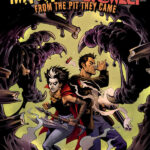