Thank you for taking the time to read my rebuttal post. Now, before you dig in, I think you should read Mr. David J. Schmidt’s original blog piece located here: https://www.readersentertainment.com/blog/2013/love-in-the-21st-century-by-david-j-schmidt/

After that, you may understand my first rebuttal a little better.

Now, on to the subject at hand.

It never ceases to amaze me how some people can make themselves into a victim.

This morning I read his rebuttal to my rebuttal and had to laugh. No, I wasn’t laughing because it was a funny little piece made to make you smile, but because Mr. Schmidt made himself a victim while avoiding the original topic at hand.

“only to find that a vicious rebuttal had been launched against me! I was overcome with a mixture of feelings: surprise, anguish, indignation, and indigestion.”

“(The merciless and calumnious essay can be found here: https://www.readersentertainment.com/blog/2013/anna-snow-offers-a-rebuttal-to-david-j-schmidts-love-in-the-21st-century/). Now don’t get me wrong, I am always willing to accept peer reviews of my literary opus. As the Book of Proverbs says, “As iron sharpens iron, so one person sharpens the character of another”. (Prov. 27:17)”

“Firstly and foremostly, I resent the accusation that I “do not know what I am talking about”, quoted here:”

“I am far from an ignorant, unlettered country swain, Ms. Snow. I will have you know, I hold a Masters of Divinity in Applied Eugenics from the Queen’s University of New Caledonia, and am currently the acting chair of the Phrenology Department of Point Loma Nazarene University. I have been a licensed phrenologist for the past twelve years, and have received stellar reviews from my peers and colleagues. These are hardly the credentials of a person who “has absolutely no idea what he is talking about”!

Secondly and secondofmostly, I must object to the claim that I am a “prude””

Go ahead Mr. Schmidt, wave your education proudly, you should, but your degrees in Phrenology (phre·nol·o·gy the study of the conformation of the skull based on the belief that it is indicative of mental faculties and character) and Eugenics (a science that deals with the improvement (as by control of human mating) of hereditary qualities of a race or breed) doesn’t cover the fact that you really know nothing about erotica and all it entails. You wrote this “poor me” post without confronting the original topic.

“Thirdly and thirdmostly, I wish to present a recontrabuttal against the accusation that I am “unfamiliar with the conduct of a gentleman. I have been on a total of four dates in the course of my life, and am proud to say that I behaved in a singularly cordial fashion on each occasion. As I held the door for my date, invited her to a sumptuous four-course dinner of the Colonel’s Extra Crispy Popcorn Chicken, poured her a champagne flute of Bacardi Breezer, and treated her to a viewing of the art film Kangaroo Jack, I was the very incarnation of chivalry and courtliness. Still believe I don’t know how a gentleman behaves? Just ask the women for whom I singlehandedly paid the bus fare home at 11:30pm on the San Diego Public Transit System!”

I’m not even going to dignify this portion of Mr. Schmidt’s rebuttal with a response as it clearly speaks for itself. Any sane woman or man would see this and run for the hills.

“I resent Ms. Snow’s claims that I am ungentlemanly, prudish, and ignorant”

Now THIS cracked me up and I’m laughing even now just rereading it.

Mr. Schmidt, the only one here making you look ignorant, prudish, or ungentlemanly is you not only with this “Poor me. That mean Ms. Snow attacked me,” post, but with your first piece as well.

I think you should stick to your celebrity cameos, answering fan mail, and making appearances on Pat Robertson’s “The 700 Club” (You see, I didn’t list my accomplishments or everyday routines to make my self appear successful) and leave the subject of erotica, its fabulous readers, and writers to those of us who know what it truly means. 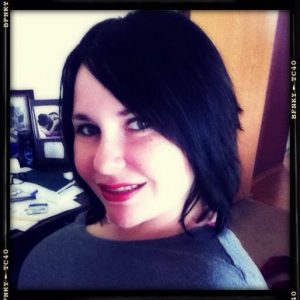 Anna Snow began writing as soon as she could hold a pen and hasn’t stopped since. She’s been published by several publishers and has been nominated for countless awards. Anna loves life, and can think of nothing she enjoys more than spending time with her family and friends. She loves archery, reading, writing, kitties, spending time outdoors, and did I mention kitties? *big grin*

Anna also loves to hear from her fans and answers all correspondence she receives.  You can reach her at: AnnaSnow_Author@yahoo.com.

You can learn more about Anna and her books by visiting her website. Other books by Anna can be found here.