A very warm welcome to Pamela and Robert! Wow, you two have such an interesting past, and one of the most original and intriguing thrill novels  – Half Life –  “a ‘film noir’ 1930s romantic thriller set in Norway before the Nazi invasion.”

Half Life releases today, August 16th. You can purchase it at MuseitUpPublishing.

It is autumn 1936 …
Clouds of war are gathering in Europe and the Fascists are investigating possible nuclear resources in Scandinavia. High-flying Cambridge nuclear scientist Dr Dulcie Bennett travels to northern Norway to join an elite group of researchers bent on unlocking the secrets of the atom. She makes a startling breakthrough on a radioactive experiment, but a suspicious lab explosion derails her plans. She encounters troubled Canadian journalist John Kirkwall, in Sohlberg on a personal quest to uncover the real story behind a doomed polar expedition, and they are drawn to each other despite initial misunderstandings.Soon, they become embroiled in a shady world of spies, saboteurs, secret police, neurotic academics, anti-semitism, murky political and sexual intrigue. As winter grips, they enlist the help of the local Sami community, persecuted by the increasingly powerful right-wing nationalist party, and together expose a dark and shameful secret of Norway’s past before confronting a ruthless traitor whose actions could tilt the balance of power in Hitler’s favour.

Today, on Reader’s Entertainment, the husband and wife writing team of Pamela Kelt and Robert J. Deeth interview each other. While their book is a suspenseful, thrilling, read, they are also a delightful duo each with a wicked sense of humor. You will enjoy this interview! Welcome Pamela and Robert!! (PHOTOS: Provided by the authors – taken in Tromoso, Norway)

You’re an expert in your field. How did you cope with a co-author whose understanding of science is almost non-existent?

I’ve had to put up with my co-author’s scientific ignorance for 25 years or more. In fact, I have to admit, I used it to my advantage to test out all kinds of scientific arguments to see how they might sound to a lay person. Plus … the co-author is a really good listener and forgets stuff, so I can say same thing over and over again. I also consider it part of my duty to try to make complex scientific ideas accessible. I welcome the experience.

What did you like researching the most? (As if I didn’t know.)

Junkers 52 seaplanes were fun. Thorium nuclear reactions were intriguing, and the historical aspects of Fermi’s experiments

and his inability to rationalise the results were fascinating. Things just didn’t fit. He knew something was up. It seemed impossible, and, in the event, his calculations turned out to be flawed.

Now you’ve survived the process, would you consider writing a book on your own? What about?

Yes. To ease myself in, I’ve been thinking about a story that would be very close to my heart based on general aviation, airfields and unscrupulous property developers. It would probably fit into the rom com thriller genre. Pilots of Penrith is the title. Oddly enough, we went to Penrith just last week!

What was the most surprising element of a husband/wife collaboration?

Would you collaborate again on a different type of book? And would you consider taking the lead?

Yes – I’ve often thought about science fiction. I wouldn’t ‘lead’ while trying to hold down the full-time job at the same time. My biggest problem is being able to focus on any single thing for more than a few days at a time because there’s so much other stuff that gets in the way.

In all honesty, did you ever think the book would be published?

I was quietly confident that Pam would get something published eventually. The speed and magnitude of the actual success has been a bit startling, but richly deserved. [He said this!]

What does it feel like being in an author in the field of historical fiction, rather than inorganic computational chemistry?

Unreal. I went on to MuseItUp to check it out – and put it on my author page right away. One odd sensation is that when I look at Dr Dulcie Bennett on the cover, I think to myself: I know you! Even though I don’t. However, we chose the image together.

[Note from Pam, I found myself tagging her the other day.]

We both walk the dogs for inspiration. How many problems did you solve circuiting the Spinney, one of my favourite haunts for internal discussion and problem solving? (It’s the monotonous plodding that 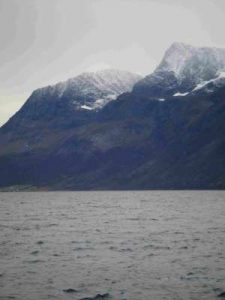 Dogs are great companions. They don’t mind if you talk to yourself. They just want you to keep throwing the stick. Besides, fresh air and pleasant environs help the creative juices.

Given my propensity to bore you rigid with science, what persuaded you to include such scientific complexities in a book, where you knew I’d have to be involved?

I like complex ‘intelligent’ thrillers, even if I don’t understand all the ideas. The key thing is get it right. Use a good source. At the end of the day, we don’t want to a boring couple who have nothing to talk about after our daughter leaves home.

How will you decide which sequel to pursue? You’ve already got six books in the bag plus umpteen others half-written and plotted, ready to go.

Take me to Berlin and we’ll talk. Half Life sequel is top of the list, and the one after that.

Do you ever get bored with writing or researching and just think: ‘To heck with this. It’s time for some junky telly?’

Yes, but I have to be reminded to stop. Last autumn, I initiated a classic matinee for us both at the weekends. (Or work-ends, as they should be known.) Wasn’t it fun? I loved revisiting our favourite movies: Eye of the Needle, Casablanca, Enigma. I also mixed in some WW2 documentaries – they were great, too. Add some nachos, and who needs to go out?

As one who isn’t naturally attracted to computers, how have you found all the admin, self PR/FB/Twitter side of the whole thing?

How much have you/we made yet?

Arg. Not looking. Not in it for the dough. Just think of the fees we’ve saved in psychiatry.

When shall we order the new laptop?

Tasmanian-born and educated, Robert Deeth is currently a professor of computational chemistry at the University of Warwick. His journey spans a doctorate at Cambridge, where he met and married co-author Pamela Kelt, a couple of temporary research positions followed by a lectureship at Bath University before the move to Warwick in 1995. He has worked in the academic scene for over two decades and is currently engaged in real nanotechnology exploring whether individual molecules can act as switches in electronic devices like computer memory. He has travelled extensively in Norway and Sweden as part of his research and teaching. He is also fluent in German, has held a private pilot licence for over 10 years and has a keen interest in WW2.

Pamela Kelt started out by taking a Spanish degree at the University of Manchester. On completion of this, and after six brain-fogging months on the local paper, she fled to Oxford and completed her M. Litt on ‘Comic aspects of satirical 17th-century comic interludes’, which was far more interesting.

After becoming a technical translator, she discovered English was easier, and did copywriting for anyone who would pay. On a stint in Australia, she landed a job as a subeditor and returned to journalism, relishing the chance to come up with funny headlines. Ah. Once a pun a time.

Educational magazines and online publishing followed. Then, one bright day, while walking the dogs, thinking ‘to hell with a career’, she took the plunge into writing for herself and is now the author of six books (some for adults, some for teens), including this title, co-written with husband Robert J Deeth, a professor of chemistry.