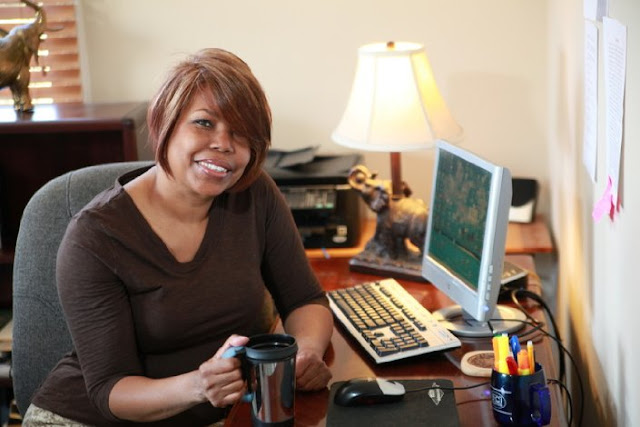 Max W. Miller is a writer of Speculative Fiction.She enjoys creating characters with powers that earthlings cannot scientifically explain away—characters challenging traditional reasoning. Although writing for teens and young adults, Max’s SCI-FI / FANTASY books are enjoyed by all ages. Born in Savannah Georgia, Max comes from a large family. Presently, she lives in North Carolina. When she’s not writing, Max enjoys spending time with her husband, children, other family members, and friends.

BPM:  What was the deciding factor in your decision to write books professionally?
MAX – In my family, I have always been the go-to person when expressions through words were called upon. Years ago, I’d made an attempt to write for publication—a Self Help book. As always, life kicked in and I began what I call ‘Career Hopping.’ Clearly, I was in survival mode. It took a personal crisis involving my son for me to find the healing effect of my creativity.  I believe that every mother who loves their children feels the pangs of frustration when a child is headed in the wrong direction. Mothers know that if they don’t fight to turn the situation around, disaster will visit them.

In this particular situation, I’d come to a point of mental exhaustion— helplessness. What I’d fought so hard to avoid happened despite my efforts. I picked up my pen in frustration, accusing my son, the system, and everything in between. My situation was literally tearing me apart, limb by limb—until I made a wonderful discovery. The elephant lifted off of my chest whenever I used my creative flare to write positive messages to myself. Soon the messages formed into story ideas. That was when I began to feel the power of my own internal healing.

BPM – You said that writing positive messages helped you heal from your personal crisis, but what made you choose Speculative Fiction as your genre?
MAX – Speculative fiction involves the paranormal/supernatural realm. I’m very comfortable creating Science Fiction and Fantasy worlds, Mythology and Ghost Stories because I have had many experiences in my life that I know came from other realms. And no, I’m not a coo coo clock (smile). I have seen and heard and known about situations that are inexplicable to the disbelieving mind. In my books, I take pieces of what’s real (dreams, visions, etc.) and I unleash against that reality, the most powerful imagination I can muster up. Some of my readers have said that my books are different, something that have not been rehashed over and over again.

BPM:  I understand that you have self-published several books, why did you not get a literary agent?
MAX – I started out seeking an agent and had several large firms interested in reading Blood Melt, my debut novel. I decided to try and get a platform under my belt when I realized that without a platform new authors might not see their work on the market for at least eighteen months, and that’s eighteen months after the manuscript has been sold by the agent. At my age (I’m a Baby Boomer), I thought it would be in my best interest to kick-it-off myself and then seek literary representation to move me to the next level.

BPM:  So tell me about Blood Melt and how it helped you to heal.
MAX – Blood Melt is about a secret alien battle taking place right here on Earth. A sixteen year old girl is unwillingly plunged right in the middle of warring alien nations and she just happens to be a descendant of one of these races.  Everybody, including her parents, seems to push her toward saving this alien prince from the planet Amarka. Seth is the gorgeous honey-brown eyes prince who is trapped in a dying sphere in a realm above Earth. Only through Avani’s blood that she’d have to give willingly during a dangerous ceremony called the Blood Melt, could Seth be saved.  It’s a saga of sacrifice, intrigue, and love, filled with unusual characters that bring wit and danger to the plot.

I submerged myself into writing and rewriting Blood Melt. I didn’t want to sit in a classroom; I wanted to use the internet as my teacher and hammer-it-out. This was my therapy! This helped to stabilize my thoughts and gave me peace at night. I became engrossed in developing the characters and deciding who would die and who would live, who was a traitor and who was a good entity in disguise. Through Blood Melt I realize that I could re-invent myself and emerge with a new outlook on life.

BPM – Talk about as well as quote your most memorable scene in the book.
MAX – The most memorable scene came in the form of a paragraph that I wrote after the book was completed. I wanted to write an Epilogue to give my readers a taste of where Book 2 might be headed. I felt like I wanted to give a more in-depth look into Avani’s mother, Gisella. Throughout the Book 1, Gisella’s motive may have been questioned. It was obvious from the beginning that she had a secret or two of her own.

As I thought about Gisella’s love for Avani, all of a sudden, I couldn’t stop thinking about my own child. I believe I was able to transfer my true emotions over to my character—bringing Gisella to life. This was the perfect time to write the words below, to get into the vein of knowing how Gisella felt about the journey her daughter, Avani, had taken.

Paragraph 1 of the Epilogue
“She was back, my precious Avani—Jolon’s heartbeat—my very breath. If she only knew how much we love her, how important she is to us, not because of her talents, but because of . . . her. She’s my baby. I have missed her with a tearing of my flesh. Our separation seemed like an endless void. ”

BPM:  Tell us a little bit about your other titles. Do you have any series?
MAX – Well, I ended up releasing a smaller novel at the same time I release Blood Melt (August 2012). The Legacy of Sadie Mae Stevens has received good reviews as well as Blood Melt. The Legacy of Sadie Mae Stevens is about a fourteen year old teen whose mother dies brutally and mysteriously, leaving Sadie Mae a legacy no mom would want to leave her child. Also, I have two short stories in eBook format: After Hour Banking and Spending Christmas with A Yeti. All books are set-up to be series with exception of After Hour Banking.

BPM – Share with us your latest news or upcoming book releases. How may our readers follow you online?
MAX – Both Blood Melt and The Legacy of Sadie Mae Stevens are entered in the 2013 IPPY Contest for Indie Authors. The Legacy of Sadie Mae Stevens won a Book of the Day Award on a highly trafficked Indie website. It’s scary throwing your books out there, but I have confidence that they can hold their own in their genre.

My latest projects are Torene the Tornado, Book 2 in The Legacy of Sadie Mae Stevens series, and I’m writing the Book Proposal for the True Story that steps the reader painstakingly through the journey I took with my son—how it all began, the supernatural aspects of our journey, the end results, and everything in between.

At first, I had a tough time deciding which fiction book would submerge first with a Book 2. Since I’d gotten more of a stir of readers asking about Book 2 on Sadie Mae and the fact that Sadie is a shorter novel than Blood Melt helped me decide to write another Sadie Adventure first. I figured a shorter novel would give me time to seek literary representation on my True Story Book Proposal—a True Story every woman and child should read.

Email at:  bookbaby@maxwmiller.com  – I enjoy hearing from my readers and take every opportunity to respond to each email. I look forward to hearing from you.

Website:  www.scififantasyfiction.com – This website is the Hub for all of my creative activities. I invite you to subscribe today to be among the first to receive new information.