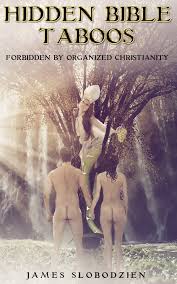 Same sex couples in Hawaii may be able to marry as soon as Dec. 2, 2013, according to a recent news release. With the addition of Hawaii and very soon to be Illinois, gay marriage would become legal in 16 states, plus the District of Columbia. In 2013, the spread of same sex marriage has been very rapid to include: Delaware, Minnesota, Rhode Island, and New Jersey with Idaho soon following.

But the question is: Why have people opposed same sex marriages? If these couples have made a lifelong commitment to be spouses, why are they denied the right to marry? I’m sure there are many reasons, but the most common ones I hear are that it validates and promotes the homosexual lifestyle, and this offends God and that ALL GAYS are condemned in the Bible. There are in fact many verses in our “English Bibles” that use the words homosexuality and sexual immorality to condemn ALL sex outside of marriage. But are we getting the correct translations? Some will argue the following:

One of the biggest misinterpretations that our present-day anti-sex Christian “Pharisees” continue to teach is that all sex outside of marriage is sin. Over time, the Bible’s many translations have changed the original meaning of pornea from SEXUAL IDOLATRY to fornication to sexual immorality. Pornea is denounced in about 25 passages in our English New Testaments using the Latin word “fornication,” and English catchall term “sexual immorality.” The Apostle Paul uses the term mainly to describe the sexual activity of male and female temple prostitutes in Corinth that were involved with Sexual Idolatry. For example, Corinth was the Sex “Idolatry” Capital of the world as it had over 1000 temple prostitutes for pagan fertility goddess worship. Corinth was even a Metaphor for Fertility. “Corinthian girl” meant temple prostitute, “to play the Corinthian” meant to visit a temple to worship a pagan god (Fallen Angel) through prostitution.

This is probably why the Apostle James said, “Not many of you should presume to be teachers, my brothers, because you know that we who teach will be judged more strictly,” (James 3:1).

“PORNEA” IN THE GREEK BIBLE (Restricted to the following Sexual Acts)

1) Sex during women’s menstruation. Lack of hygiene for nomads in the desert (lack of clean water) could lead to dangerous infections-“unclean” in ENGLISH refers to filth/dirt/etc., but in Hebrew, it refers to RITUAL impurity and it was a “sin” (spiritual impurity) to do such.

2) Adultery which biblically was understood by the Hebrews to mean wrong for a married women to have sex with another man since this violated her husband’s property rights. A man could marry at the age of 12.

3) Sexual Idolatry as in using the temple prostitutes (male and female) for pagan fertility goddess worship. Or, doing the same with the golden calf and having sex to praise it as a god when Moses came down.

The word pornea is translated as whoremonger in the Bible, and it refers to male shrine (temple) prostitutes (Deut. 23:17, Ezekiel 16:20, 1 Kings 14:24, and 2 Kings 23:7). In 2 Kings 23:7, King Manasseh set up the shameful Asherah pole to worship the chief goddess of the Cannanites – Asherah whose worship glorified sex and war and was accompanied by male prostitution. See the following King James verses in the New Testament that translate pornea or fornicator into whoremonger or male temple prostitute (Eph. 5:5, 1 Cor. 5:9, 1 Tim. 1:10, Rev. 21:8 and 22:15). The word pornea appears several times in Paul’s many letters, in each case it is beside the word, ‘arsenokoitais’. In his book, “Christianity, Social Tolerance and Homosexuality” (1980), Boswell argued that the term ‘arsenokoitais’ in 1Co 6:19 and 1Ti 1:10 signified a male temple prostitute rather than a generic homosexual, as it is commonly translated.

“Much of Paul’s conservatism may be attributed not only to his strict Pharisaic background, but also to the fact that most of his Greek and Asian converts had come out of cultures in which male and female temple prostitution were noble professions. And, sexual excesses and orgies were a way of life amongst the pagans of the Near east. This is why many scholars interpret a number of New Testament references to “fornicators” to be specifically talking about “temple prostitutes,” (male and female) inclusive of all those who engage in sex with a partner to whom they are not married…… Since neither the Torah nor rabbinical teachers contemporary with Jesus prohibited intercourse between unmarried partners as a moral offense, perhaps pornea referred primarily to sex with prostitutes, adultery, and other promiscuous relationships,” (Brundage 1987: 58).

As noted in the above scriptures, homosexuality (similar to ALL sex between the unmarried) is not condemned as a sin in the Bible in the context of generic male to male relationships. It clearly is condemned in the context of religious prostitution and sexual “Idolatry” or using sex to worship pagan gods. Starting in the Old Testaments’ book of Leviticus – homosexual religious rituals and many other acts are prohibited by God, because the Canaan nation religions were rampant with sex goddesses and temple prostitution (Lev. 17:7; 20:5 & 6). Likewise in the New Testament the Apostle Paul is condemning pagan religious sex with male and female temple prostitutes (1 Cor. 6:9), as the city of Corinth had a reputation even among pagans for sexual immorality within the context of religious prostitution. Renowned Bible scholar – William Barclay reports that, “The word for fornicators in this verse means a male prostitute,” and says that, “the greatest building in Corinth was the Temple of Aphrodite, the goddess of love, where idolatry and immorality flourished side by side,” (W. Barclay, Daily Bible Series, 1975).

ANOTHER SIDE OF THE ARGUMENT

So if the above could possibly be true, that Jesus and the Apostles never specifically condemned generic homosexual relationships according to renowned Bible scholars, does this mean that the Bible promotes same sex marriages? Most would argue NO! The only PROFOUND MYSTERY found in the Bible – proclaimed by the Apostle Paul was a sexual union between a man and a woman: “For this reason a man will leave his father and mother and be united to his wife, and the two will become one flesh. This is a profound mystery-but I am talking about Christ and the Church,” (Eph. 5:32).

The focus of this profound mystery is not on submission and marriage, but on Christ being united with the Holy Spirit on earth, and the nucleus of this union being the Christian Marriage within the ministry of the “Home Church.” For the first three centuries of Church life, the Christian faith was the only religion in history that met in their homes. It was the only “Priesthood of All Believers” or lay led religious movement in history. Ideally, the bond of marriage provides financial and emotional security for the husband and wife, a secure and stable environment for their children, and reduces the spread of sexually transmitted diseases. Many people, especially teenagers, feel pressured to be sexually active in our sex-saturated society. However, the risks of unintended pregnancy, disease, and emotional damage from sex outside of marriage make the Bible’s advice seem very practical as well as spiritually healthy.

By the way, most of us who went to Sunday school were taught that the story of Sodom and Gomorrah is about God’s judgment against homosexuality. However, the Bible never says this. It says, “‘Now this was the sin of your sister Sodom: She and her daughters were arrogant, overfed and unconcerned; they did not help the poor and needy. They were haughty and did detestable things before me. Therefore I did away with them as you have seen,” (Ezekiel 16:49-50). In addition, if we look closely, we may also find that it is mostly about a story concerning the DANGERS of sexually assaulting ANGELS – not generic homosexuality.

Jesus never mentioned the word “homosexual,” but he did condemn the religious leaders of his day for taking away the key to knowledge: “Woe to you experts in the law, because you have taken away the Key To Knowledge. You yourselves have not entered, and you have hindered those who were entering.” (Luke 11:52.) Timothy encourages us to, “Study to show thyself approved unto God, a workman that needeth not to be ashamed, rightly dividing the Word of Truth,” (2 Timothy 2:15). As the Apostle James insinuates, those who do not divide the word of truth correctly and teach others “will be judged more strictly.”

For a limited time (Monday, November 11, 2013 through Wednesday, December 11, 2013) an electronic book version of “Hidden Bible Taboos Forbidden By Organized Christianity,” will be available to the public as a free download at Smashwords at: http://www.smashwords.com/books/view/241425 with Code: RE97T