Authors Standing Together Against Surveillance 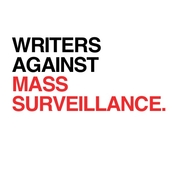 Surveillance – it seems to be everywhere from every government in the world, and their watching is making many authors take notice. In response to this new world of state surveillance, nearly five-hundred authors have come out to publicly condemn such unilateral, uncontrolled surveillance.

Warning that these agencies and their surveillance methods are undermining democracy and they want an international charter formed to regulate it. The authors represent eighty-one countries and include Gunter Grass, Margaret Atwood, Don DeLillo and Orhan Pamuk among others.

They are asking the “United Nations to create an international bill of digital rights that would enshrine the protection of civil rights in the Internet age.” Major technology companies  such as Apple, Google, and Facebook also demanded changes to international surveillance laws, and have submitted a letter to President Obama demanding changes in the law. The authors have taken this a step farther and are accusing “states (countries) of systematically abusing their powers by conduction intrusive mass surveillance.”

Addressing the incredible extent of the surveillance brought to like by Edward Snowden, the authors have submitted the following statement for all humans to “remain unobserved and unmolested” in their thoughts, personal environments and communications. This fundamental human right has been rendered null and void through abuse of technological developments by states and corporations for mass surveillance purposes. A person under surveillance is no longer free; a society under surveillance is no longer a democracy. To maintain any validity, our democratic rights must apply in virtual as in real space.

The petition also[demands the right] “for all people to determine to what extent their personal data may be legally collected, stored and processed”, the writers call for a digital rights convention that states will sign up to and adhere to. Surveillance is theft. This data is not public property, it belongs to us. When it is used to predict our behaviour, we are robbed of something else – the principle of free will crucial to democratic liberty.”

The author’s statement to the United Nations was released to twenty-seven countries and dozens of organizations simultaneously. They are hoping this will encourage others to follow their lead, sign their petition and begin a grassroots effort to contact world leaders and create monitoring and oversight of surveillance operations.

You can read more details, and learn how you can participate as an author or reader by following this link to change.org.