You don’t have to have a degree in literature to get excited about the modern versions of the classics. Hollywood and the publishing industry have long mined the annals of your high school reading lists to develop modern adaptations of those beloved stories. You might think these cheap knockoffs are just for fun, but often they pack more of a punch. Modern retellings are geared toward you and can often hit harder to home with the original message which is why students getting an online masters in special education are sometimes instructed to use them in place of the originals. Here are some of the best fresh film and young adult novel takes on the books you read as a student.

Great by Sara Benincasa
Published in 2014, this retelling of The Great Gatsby is a fun, contemporary, gender swapping spin on the original. Narrator Nick Carraway has been reimagined as Naomi Rye, an awkward girl who feels out of place among the moneyed teens who reside near her mother’s East Hampton home. The biggest change? The central relationship driving the narrative is now same-sex, with the Daisy character left largely unchanged from the original novel.

10 Things I Hate About You 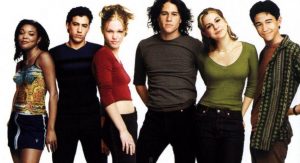 This 90s teen-fueled film, now a classic in its own right, was inspired by Shakespeare’s Taming of the Shrew. Julia Stiles stars as Kat Stratford, the titular shrew, who is pursued by bad boy Patrick (Heath Ledger) so that nerd Cameron (Joseph Gordon-Levitt) can have a shot with her popular sister, Bianca (Larisa Oleynik). Set at a modern day Seattle high school, this light romantic comedy more than stands up to the test of time.

A Thousand Acres by Jane Smiley
This 1991 Pulitzer Prize winning novel draws its inspiration from another Shakespeare play, King Lear. The saga of a family fighting over a chunk of land in the wake of their father’s decline (rather than a kingdom as is the case in the latter), Smiley’s novel shares common themes with the play including desire, greed, and the devastating power of secrets. It’s as emotionally impactful as the play itself. 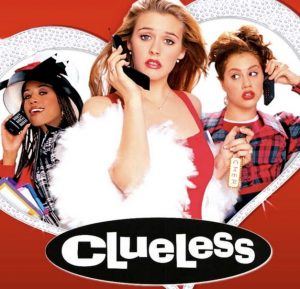 The 1990s were ripe for high school movies echoing the plots and themes of storied classics. Clueless is a modern retelling of Jane Austen’s Emma, a story about a slightly “clueless”, but well-meaning socialite who strives to improve the lives of those around her. Clueless was well received by both critics and audiences, and inspired its own television show, as well as launched the career of star Alicia Silverstone.

Regardless of whether you were a bookworm during your school days, or just trudged through the classics you had to read, these modern retellings are worth a look. They may even inspire you to revisit the originals on which they are based.

Suffering and Healing: Could a Therapist Help? By Amanda Mackenzie One of the things I noticed when I began to see clients for counselling and...