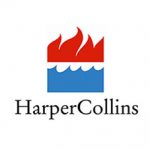 The publisher will be offering special, year-long anniversary moments on their website for readers, authors, and booklovers. Here’s more from their press release:

HarperCollins Publishers, one of the world’s largest consumer book publishers, today announced a global campaign celebrating two centuries of publishing in commemoration of the company’s 200th anniversary. The centerpiece of the yearlong celebration is a website, www.hc.com/200, that showcases HarperCollins’s storied history and influence on readers of all ages around the world.

“We’re excited to celebrate this milestone anniversary and give thanks to the employees, authors, librarians, booksellers, and consumers who’ve been instrumental in helping HarperCollins become a part of the global literary culture over the last 200 years,” said Brian Murray, CEO of HarperCollins Publishers. “Our goal today is unchanged from what our founders set out to achieve two centuries ago—to help authors and their works reach their fullest potential and widest readership. We hope to continue to entertain, educate, and inspire generations of readers for centuries to come.”

“We are proud of the provenance of HarperCollins and the works of our great writers and editors that have echoed through the centuries and will resonate for centuries to come,” said Robert Thomson, chief executive of News Corp, of which HarperCollins is a subsidiary. “For HarperCollins, the past is a prelude to a profoundly successful future.”

HarperCollins, the publisher of Agatha Christie, John F. Kennedy, Harper Lee, C. S. Lewis, Shel Silverstein, J. R. R. Tolkien, Mark Twain, and many more, has a long and rich history, which book lovers can interact with via a wide array of exclusive content available now at www.hc.com/200. Visitors to the site can delve into the literary heritage of HarperCollins, and will discover everything from images of captivating artifacts from the company’s archives, to a collection of iconic HarperCollins books, to short stories that illustrate significant moments in the company’s history.

Content will also be shared on the company’s global social media accounts, and readers everywhere are invited to join the conversation online using #hc200.

Timeline
www.hc.com/timeline
Journey through key moments in HarperCollins history, from its humble beginning as a small printing business in New York City to its current role as a global publishing powerhouse operating in 18 countries.

Inside the Archives
www.hc.com/artifacts
This collection of high-resolution images of artifacts from the HarperCollins archives includes original story notes from authors; correspondence between HarperCollins executives and authors; vintage photographs; original manuscripts; and first editions. Highlights include: a sympathy telegram to Coretta Scott King the day after the assassination of Dr. Martin Luther King Jr.; a letter from Agatha Christie sharing her opinions on a publicity blurb and her book cover; and an original sketch suggested by Syd Hoff for Danny and the Dinosaur.

Why I Read
www.hc.com/whyiread
HarperCollins asked its authors from around the world why they write, why they read, and what books have influenced them. Dozens shared their thoughts, including Robyn Carr, Michael Chabon, Bernard Cornwell, Emma Donoghue, Neil Gaiman, Bob Goff, Donna Hay, Hilary Mantel, and Veronica Roth. Visitors to the website will also be encouraged to join the conversation and share their own experiences and passion for reading via social media using the hashtag #hc200.

The website will be a springboard for activities created by local teams across the globe and designed to bring the 200th anniversary to life in each market. They include a campaign to support literacy and reading, charity projects, and an exhibition of historical items at the Columbia University Rare Book and Manuscript Library in New York City. Follow HarperCollins on social media to stay up to date with the latest anniversary activities. 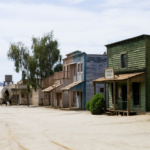