Author S.A. Stovall Shares Why Becoming an Artist is Painful

Becoming an Artist is Painful by S. A. Stovall

I know what you’re thinking.

“Becoming an artist is painful? Pfft—what kind of hippy-dippy nonsense is that? Try becoming a doctor, or a lawyer, or oil rig maintenance guy, and then get back to me about painful, you wacky city slicker!”

I don’t know why you became a cowboy at the end there, but let’s roll with it.

I’m not saying becoming an artist is the most difficult career one can take, nor am I saying it’s the most painful in terms of sacrifice you’ll need to make in order to achieve your goal, all I want to say is that most people (non-artists, specifically) tend to have a misconception about what artists go through.

You see, there’s a certain comfort working a 9-5 job that I never fully appreciated until I decided to dedicate myself to writing.

In a 9-5 job, you clock in, do your work, clock out, and then you go home and stop worrying about it until the next day. You get paid on a regular basis, you may even get some benefits, and your duties are clearly outlined. You sweep, or you do paperwork, or you maintain the shelves—something definable and certain.

You know when your job is done. Maybe you could have done it better, but you know—for certain—the moment you can say, “Yeah, I swept the halls.”

When I talk to Sweepy the sweep-man who works his 9-5 job, he says, “Being an author sure must be fun. Not like working at all. You can set your own schedule.”

But that’s when I have to tell Sweepy that being an author is stressful. Then he laughs, because all I do is tell stories, right? Easy-peasy.

What most people don’t know is, writing a book is an investment. Authors don’t get the benefit of a stable income or benefits. They invest time and effort into their books—hundreds of hours, not just writing, but research and editing. And you might think not having a schedule is grand, but some people crumple under the freedom, and work never gets done.

But let’s get past that. Let’s say an author completed a book. A few hundred hours in the drain, but they’re finished. Now, unlike a normal job, the author must seek assessment of their work. Not sweeping or record keeping, but work they poured themselves into. Work they care about. Work they thought and toiled over for God only knows how long.

And do you know what the most common response is?

Ask any author. They’ll tell you. It’s one long line of rejections, starting with agents and ending with the public.

Everyone is a critic, boy let me tell you. The first agent will say your pacing is too slow. The next will say they don’t like the main character. Another will say they already represent something similar, and your manuscript isn’t original enough.

Then you re-write the novel.

Now an agent has taken you—but you get all the rejections over again, this time by publishing houses.

The prose isn’t poetic enough. The dialogue is stiff. Everything is cliché.

After being battered over the head with all your failings, you’ll finally craft something that even publishers want. You’ll finally get the payday. Well, a small payday. You’re a debut author, after all. Even JK Rowling was rejected by a ton of publishing houses and given a minimal advance on her first novel. You’re not special.

But you made it! Yay!

Now to weather the reviews…

That’s how it goes. Well, until an author hits famous status, where then I imagine that everything they write is pure gold and no one says a harsh word against. Unless you write Fifty Shades of Grey. Then you’re famous and you get all the heart-rending agony. … Lucky?

But seriously—writing can be painful, yes. In the end, however, nothing feels as rewarding as finally getting that acceptance. It’s topped only by the first glowing review made by a fan, someone who purchased your story, enjoyed your story, and felt compelled to say something positive about it.

So, if you made it this far, I would urge you to fanboy/fangirl over to your favorite author’s profile and leave them a review. Tell them that that long hours and rejections were worth it, because they probably still carry a little of that pain, even well into their success.

And if you’re feeling in the mood for a crime thriller with a some male-on-male romance, check out my debut novel, Vice City. (Yup, I made it! Woo!) 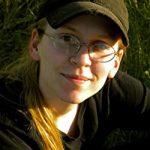 S.A. Stovall grew up in California’s central valley with a single mother and little brother. Despite no one in her family having a degree higher than a GED, she put herself through college (earning a BA in History), and then continued on to law school where she obtained her Juris Doctorate.

As a child, Stovall’s favorite novel was Island of the Blue Dolphins by Scott O’Dell. The adventure on a deserted island opened her mind to ideas and realities she had never given thought before—and it was the moment Stovall realized that story telling (specifically fiction) became her passion. Anything that told a story, be it a movie, book, video game or comic, she had to experience. Now, as a professor and author, Stovall wants to add her voice to the myriad of stories in the world, and she hopes you enjoy.