Driverless Cars May Be Good For Reading 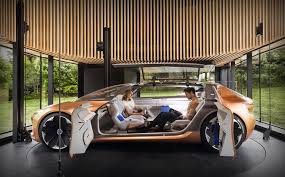 Renault is the latest first car manufacturer to take advantage of driverless technology. They have partnered with Challenges Group, a publisher of weekly magazines as well, as science and history journals. Carlos Ghosn CEO of Renault in an interview with Bloomberg Magazine, said he sees a future for books, magazine and other “content designed for autonomous vehicles.”

“On-board entertainment” will become much more common from car manufacturers and Renault is one of the first auto producers to get a jump on it by purchases a 40% stake in the Challenges group. It will also be of advantage against such global tech giants as Apple who is manufacturing their own driverless cars that will feature Apple content exclusively.

French and European drivers drive approximately two hours a day.  That’s a significant amount of time to need entertainment. The problem is mass appeal with content. The downside to driverless entertainment–you can be certain there will be advertising.

Readers Entertainmenthttp://dayagency.com
Previous articleHow Molly’s Game Made it to the Big Screen
Next articleBroken Conditions by Jo Lena Johnson