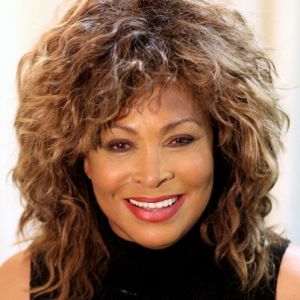 From Atria’s Press Release: Atria Books today announced that it will publish Tina Turner’s autobiography, titled Tina Turner: My Love Story, in October 2018.  Written with collaborators Deborah Davis and Dominik Wichmann, the book will also be available from Simon and Schuster audio.  It will be a follow up to Turner’s 1986 international bestseller I, Tina, and will chart the full, dramatic story of one of the most remarkable lives in music history, celebrating Tina Turner’s 60th year in music.

Tina candidly examines her personal history and reveals her happiest – and darkest – hours. Emphatically showcasing Tina’s signature blend of strength, energy, heart and soul, this is a thrilling memoir as compelling and entertaining as any of her greatest hits.

One of the best-selling artists of all time, Tina Turner has sold 200 million records, won 11 Grammy Awards and has set the stage on fire with every rock luminary from Mick Jagger to Beyoncé. Her live shows have been seen by millions, with more concert tickets sold than any other solo performer in music history.

“My real story, in its entirety, has never been told. I wanted to talk candidly about the past and the present: finding love; my struggle with a previously undisclosed, life-threatening illness; and, thankfully, today’s happy endings,“ says Tina.

Peter Borland says, “The energy and honesty that have made Tina Turner one of the most dynamic recording artists of all time are evident on every page of this heartfelt account of her remarkable life.  We’re thrilled to be publishing a book that is sure to inspire readers everywhere to seek out the love and happiness they deserve.”