SNEAK PEEK: Two Feet Under by Charlie Cochrane and How Readers Know Life 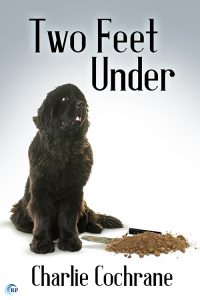 Life, but only as readers know it.
By Charlie Cochrane

Have you ever stopped to think about that parallel universe where the books you read are set? I’m not referring to science fiction or fantasy titles that take place in a different world. What I had in mind was cosy mysteries, romances, all sorts of genre fiction that’s apparently set in the world we inhabit but, when you inspect it closely, is a case of “it may be the earth but it’s not as we know it”. Jasper Fforde famously plays with the whole oddity of book characters in his Thursday Next series, but that really is set in an alternative Britain so doesn’t quite count for the purpose of this blog, no matter how amusing the premise is. Except that he makes a running joke of the fact that his characters don’t do ordinary things like use the toilet or have breakfast, because characters in books are hardly ever seen to perform these everyday activities.

Now clearly there is an element of judicious editing that goes on for stories, because readers really don’t want to see every aspect of the leading man’s day, do they? And if it isn’t relevant to the plot then we don’t need, for example, a description of how he drives to the supermarket and what he sees en route. Nor do we really want all the graphic details of that handsome Regency buck performing his morning wash and brush up because even at the end of it he probably wouldn’t pass muster for our twenty-first century noses.

But I do get frustrated, as a reader or viewer, when basic human needs are treated as though they don’t exist. No, I don’t want the minutiae of what goes on when that hostage tied up in the small garden shed or wherever has a desperate need to pee, but it might be nice to have, at least in passing, an acknowledgment that such a need exists.

Do we as readers/viewers always have to suspend all disbelief? Like we do with that Regency buck, who wouldn’t have been in life as clean looking nor as fragrant smelling as we assume Colin Firth was in his guise as Mr. Darcy. We certainly have to take a lot of things with a pinch of salt in the realm of mysteries, where the home counties of England have turned out to be the crime centre of the universe. There is a multiple murder every few weeks in the books and shows based on the Morse/Lewis franchise. If that were real life, nobody would allow their son or daughter to study at Oxford University and you’d surely never be able to get life insurance if you lived in the city.

Cosy mystery world is certainly an interesting place. Certain conventions have to be observed that don’t apply in our world. Deaths in these books are rarely bloody, nasty or overtly sadistic. If people have sex it’s either “offscreen” or presented in non-explicit language. Nobody routinely uses strong language, even football supporters, and the f-word is barely known. It could be a really pleasant place to live, were it not for the high death rate. Yet, when there is a string of murders there isn’t, as a result, the huge media interest and hype that we get in the real world, especially in Britain where serial murders are, thank God, still rare. Amateur sleuths can still get one step ahead of the police, even if they lack the latter’s forensic equipment and intelligence sharing facilities.

In the real world, the home counties are not awash with mass murderers, little old ladies don’t solve crimes which have baffled the police, and princes don’t disguise themselves as dustbin men then court and marry shop assistants (even if I could name a real live prince who used to sometimes get his sandwiches at a garage in Hampshire). All of which is a shame, really. Some aspects of the fiction parallel universe seem extremely appealling!

Things are looking up for Adam Matthews and Robin Bright—their relationship is blossoming, and they’ve both been promoted. But Robin’s a policeman, and that means murder is never far from the scene.

When a body turns up in a shallow grave at a Roman villa dig site—a body that repeatedly defies identification—Robin finds himself caught up in a world of petty rivalries and deadly threats. The case seems to want to drag Adam in, as well, and their home life takes a turn for the worse when an ex-colleague gets thrown out of his house and ends up outstaying his welcome at theirs.

While Robin has to prove his case against a manipulative and fiendishly clever killer, Adam is trying to find out which police officer is leaking information to the media. And both of them have to work out how to get their home to themselves again, which might need a higher intelligence than either a chief inspector or a deputy headteacher. 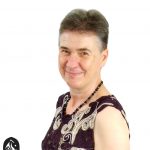 Because Charlie Cochrane couldn’t be trusted to do any of her jobs of choice—like managing a rugby team—she writes. Her mystery novels include the Edwardian era Cambridge Fellows series, and the contemporary Lindenshaw Mysteries.

A member of the Romantic Novelists’ Association, Mystery People and International Thriller Writers Inc, Charlie regularly appears at literary festivals and at reader and author conferences with The Deadly Dames.