To Kill a Mockingbird and Huckleberry Finn Dropped From School 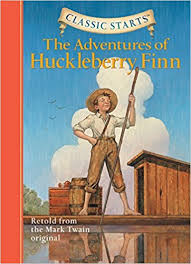 To Kill a Mockingbird and The Adventures of Huckleberry Finn are being eliminated from the curriculum in the Duluth, Minnesota school district. Their reasoning is that “the classic novels’ use of racial slurs risked students being “humiliated or marginalized”.

Michael Cary the Duluth schools director of curriculum told the local newspaper, the Bemidji Pioneer that, “We felt that we could still teach the same standards and expectations through other novels that didn’t require students to feel humiliated or marginalized by the use of racial slurs.”

The decision was applauded by the National Association for the Advancement of Colored People. Stephan Witherspoon president of the local chapter stated the books were “just hurtful” and use “hurtful language that has oppressed the people for over 200 years. It’s wrong. There are a lot more authors out there with better literature that can do the same thing that does not degrade our people. I’m glad that they’re making the decision and it’s long overdue, like 20 years overdue,” he said. “Let’s move forward and work together to make school work for all of our kids, not just some, all of them.”

However, the National Coalition Against Censorship, stated they were “deeply disturbed” by the decision, and it said it was “understandable that a novel that repeatedly uses a highly offensive racial slur would generate discomfort among some parents and students,” but “the problems of living in a society where racial tensions persist will not be resolved by banishing literary classics from the classroom.”

Both of Mark Twain’s classic novels are regularly among the American Library Association’s list of most challenged titles.