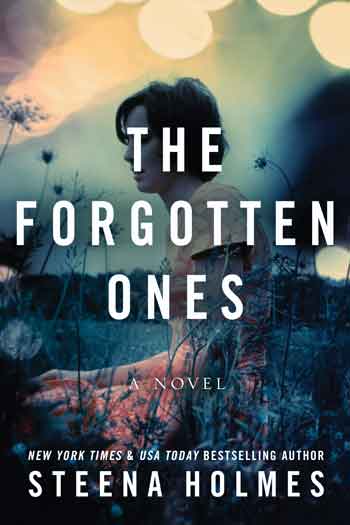 Welcome, Steena! Please, tell us a bit about yourself. Where you’re from, where you live? Do you have one of those day-jobs?

Hello from Calgary, Alberta! I’m originally from Ontario, the land of lakes and beaches but have to admit, I’ve fallen in love with having the mountains as my backyard playground.

Thankfully, writing is my day/evening job! I used to work an office job in the hustle and bustle of downtown Calgary in Oil & Gas but now I get to do what I’m most passionate about.

It all depends on the amount of coffee I drink in the morning! I like to focus on the ‘work’ aspect of being a writer in the morning when my brain is groggy. That’s when you’ll find me on FB checking with on my reader group and posting photos of my coffee cup for Instagram. Come the afternoon, I’ve got my game face on and that’s when I like to dive into my stories.

The Forgotten Ones is a story that basically wrote itself – and by that, I mean, the plot worked itself out while I was writing. It’s a story about the truth behind our deepest fears and worst secrets and how they can destroy a family.

It’s about half and half. I always tend to have members of my extended family in my books, usually they are the male figures.

The setting from The Forgotten Ones is set in my hometown. I even have the house I grew up in as a main feature in the book. Some of the items described are from my childhood. My cat even makes an appearance.

I would say that would be Danielle from my current book that I’m writing. Readers will get to meet her in 2019.

I would be Elle for a day – a day she’s not working at the hospital. I would love to go back to my hometown, walk down Queen Street, get an ice cream from the ice cream stand, sit down at the beach and listen to the waves lap the shoreline. Can you tell I’m feeling a little homesick?

You’ve written mostly women’s fiction, what prompted you to switch to suspense?

I think it’s a natural progression to my stories. I’ve always dealt with the tougher subjects but always with a soft hand. I’m ready to go deeper and darker and I hope my readers will continue to join me for the ride.

Will you be writing more romance/women’s fiction?

Have you ever read Kimberly Belle? Her writing style draws you in as a reader and every time I read her books I feel challenged to go deeper with my own writing.

I have a pretty good aim when it comes to darts 😉

Give me a chocolate milkshake and a good bowl of poutine!

ABOUT THE FORGOTTEN ONES:

Elle is a survivor. She’s managed to piece together a solid life from a childhood of broken memories and fairy tales her mom told her to explain away bad dreams. But weekly visits to her mother still fill Elle with a paralyzing fear she can’t explain. It’s just another of so many unanswered questions she grew up with in a family estranged by silence and secrets.

Elle’s world turns upside down when she receives a deathbed request from her grandfather, a man she was told had died years ago. Racked by grief, regrets, and a haunted conscience, he has a tale of his own to tell Elle: about her mother, an imaginary friend, and two strangers who came to the house one night and never left.

As Elle’s past unfolds, so does the truth—if she can believe it. She must face the reasons for her inexplicable dread. As dark as they are, Elle must listen…before her grandfather’s death buries the family’s secrets forever.

I used to believe wishes were like fairy tales: all you had to do was make one, and your happily ever after would come true. I grew up in a world where teapots talked, fishes sang, and a click of my heels could take me anywhere I wanted.

I don’t believe that anymore.

I was six when the Cheshire Cat became scary, a bringer of nightmares; eight when I feared the Beast’s transformation; twelve when I understood my mother had more in common with Maleficent than I had with Aurora.

It wasn’t that she was evil. On her good days, she’d call me “Lizzie” and she was Glinda the Good Witch. Full of sunshine and rainbows. We could do anything and everything together. Most days, she was like that—happy, cheerful, and bright.

But every so often, there were periods of darkness. She’d beg for my forgiveness. When she couldn’t get out of bed, when the slightest touch sent shards of pain through her body, and the faintest of whispers rang like bells within her head.

There were no stories on those days. No tea parties among the wildflowers, no backyard games or lazy hours spent on the tire swing.

I never knew when those days would come, but even as a child I watched for the signs.

Still, as an adult, I watch for the signs.

YOUR CAN PURCHASE THE FORGOTTEN ONES AT: 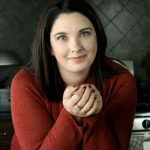 NY Times & USA Today Bestselling Author. With her passion for storytelling, Steena Holmes took her dream of being a full-time writer and made it a reality, writing her first novel while working as a receptionist. Her novels have won awards, such as:
2012 NATIONAL INDIE EXCELLENCE BOOK Award for her bestselling novel Finding Emma
2015 USA BOOK NEWS Award for The Word Game,
2015 USA BOOK NEWS finalist for The Memory Child.

Now both a New York Times and USA Today bestseller, with over a million copies sold, Steena continues to write stories that touch every parents heart in one way or another.

BEHIND THE WORDS: Rachel Fordham

BEHIND THE WORDS WITH AUTHO RACHEL FORDHAM  Welcome Rachel, we’re excited to have you on Reader’s Entertainment. First, tell our readers a bit about yourself....
Read more

BEHIND THE WORDS: WELCOME JODY HEDLUND

Welcome Jody, we’re excited to have you on Reader’s Entertainment. First, tell our readers a bit about yourself. I’m married to my college sweetheart,...
Read more