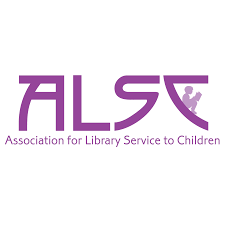 The Association for Library Service to Children (ALSC), a division of the American Library Association (ALA), has selected its 2018 list of Notable Children’s Books. The list of titles includes fiction, nonfiction, poetry and picture books of special interest, quality, creativity and value to children 14 years of age and younger.

“All’s Faire in Middle School.” By Victoria Jamieson. Illus. by the author. Dial.
“Bronze and Sunflower.” By Cao Wenxuan. Illus. by Meilo So. Tr. by Helen Wang. Candlewick.
“Chef Roy Choi and the Street Food Remix.” By Jacqueline Briggs Martin and June Jo Lee. Illus. by Man One. Readers to Eaters.
“Clayton Byrd Goes Underground.” By Rita Williams-Garcia. Illus. by Frank Morrison. Amistad.
“A Different Pond.” By Bao Phi. Illus. by Thi Bui. Capstone.
“How to Be an Elephant: Growing Up in the African Wild.” By Katherine Roy. Illus. by the author. Roaring Brook/David Macaulay.
“Impact! Asteroids and the Science of Saving the World.” By Elizabeth Rusch. Illus. by Karin Anderson. HMH.
“Malala: Activist for Girls’ Education.” By Raphaële Frier. Illus. by Auréia Fronty. Charlesbridge.
“Mama Africa! How Miriam Makeba Spread Hope with Her Song.” By Kathryn Erskine. Illus. by Charly Palmer. Farrar.
“Older than Dirt: A Wild but True History of Earth.” By Don Brown and Mike Perfit. Illus. by Don Brown. HMH.
“Princess Cora and the Crocodile.” By Laura Amy Schlitz. Illus. by Brian Floca. Candlewick.
“Ruth Bader Ginsburg: The Case of R.B.G. vs. Inequality.” By Jonah Winter. Illus. by Stacy Innerst. Abrams.
“Sea Otter Heroes: The Predators That Saved an Ecosystem.” By Patricia Newman. Illus. Lerner/Millbrook.
“Trudy’s Big Swim: How Gertrude Ederle Swam the English Channel and Took the World by Storm.” By Sue Macy. Illus. by Matt Collins. Holiday.
“Wishtree.” By Katherine Applegate. Illus. by Charles Santoso. Feiwel and Friends.

“Crown: An Ode to the Fresh Cut.” By Derrick Barnes. Illus. by Gordon C. James. Agate.
“Grand Canyon.” By Jason Chin. Illus. by the author. Roaring Brook/Neal Porter.
“Her Right Foot.” By Dave Eggers. Illus. by Shawn Harris. Chronicle.
“I’m Just No Good at Rhyming and Other Nonsense for Mischievous Kids and Immature Grown-Ups.” By Chris Harris. Illus. by Lane Smith. Little, Brown.
“Not So Different: What You Really Want to Ask about Having a Disability.” By Shane Burcaw. Illus. by Matt Carr. Roaring Brook.
“Out of Wonder: Poems Celebrating Poets.” By Kwame Alexander with Chris Colderley and Marjory Wentworth. Illus. by Ekua Holmes. Candlewick.
“The Street beneath My Feet.” By Charlotte Guillain. Illus. by Yuval Zommer. Quarto/words & pictures.