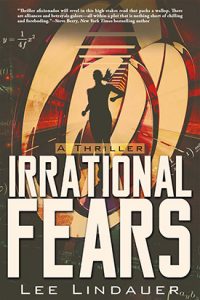 I’ve often been asked when establishing a setting in a novel; do you have to have been there to write about it? Well, the answer, in a broken nutshell is—YES and NO. Sometimes, as an author, you are very familiar with a particular place or setting. Sometimes (most likely than not), you aren’t familiar with this place at all, but have researched it with all its complexities that the reader assumes you have been there. Some settings can only exist in a writer’s imagination (think sci-fi). As bizarre and intriguing as they may be, they are so well described that the reader can almost taste these strange new places.

As Bob Mayer, author of The Novel Writer’s Toolkit, emphasizes, setting establishes mood. And that is the whole point—forging the mood with time and place to capture the reader.

For instance, writing about a secret chamber hidden beneath the Great Pyramid of Giza, what if you had already experienced being in a passageway beneath this immense structure with thousands of tons of rock overhead? Would that enable you to convey your emotions more realistically when putting the scene to paper? What would come to mind during this writing process—claustrophobia, a sense of infinite imprisonment, or doubt of never seeing sunshine again (most definitely my greatest concern)? These are strong emotions of fear, anguish, and even impending death. The biggest emotion, “why in the hell am I in here in the first place,” may outweigh them all. 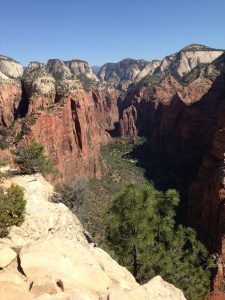 But no, you don’t have to have knowledge of being in a buried chamber to write about a particular experience you are trying to convey to the reader. There is a plethora of resources available that weren’t fifteen or twenty years ago—that being the internet, whether it be stories, blogs, pictures, Google Earth, virtual tours (You-Tube). This amount of information is endless, even overwhelming.

Another example of not having been to a particular place and then going on and describing the setting, is in my novel, IRRATIONAL FEARS. Chapter one begins with my protagonist, mathematician Mallory Lowe suffering acrophobia up front and personal as she deliberates trekking along the infamous Knife-Ridge on Angels Landing in Zion National Park. The Knife-Ridge is a narrow spine of rock with twelve hundred foot sheer cliffs on each side. When I wrote this scene, I hadn’t hiked Angels Landing. I had been to Zion several times, hiked different trails, but never this one. Thankfully, as I already mentioned, there are tons of pictures and videos of this section of trail posted on the internet. By watching them, reading about the infamous Knife-Ridge and the scary drop-offs, I learned enough to describe my protagonist’s heart-stopping venture across the pulse-racing Knife-Ridge.

The research intrigued me enough to make the effort to hike Angels Landing myself. Lo and behold, I had pretty much captured the setting and scene accurately, even down to a sandstone pilaster at the top before I saw it in person. Seeing this sandstone knob on my hike gave me chills. My description in the novel was right on. Was there something clairvoyant going on? Who knows, but comparing what I wrote with what actually exists, was quite surprising, and refreshing. Thanks, research. 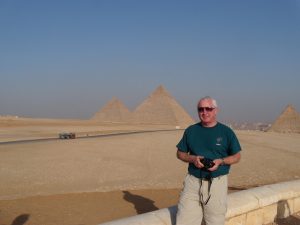 There is the adage: write about what you know. So yes, experience your particular setting if at all possible. But if you cannot visit, write about it anyway. With a reasonable amount of research, you can become an expert and your novel will not suffer the indignity of being inaccurate. If the opportunity arises after you have created your setting, visit and compare notes. There is no need to travel the world in order to write about it. I would wager you will do a good job without having ever been there.
ABOUT THE AUTHOR: 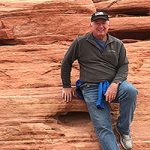 Lee has a BS in Architectural Engineering and a MS in Civil Engineering and was a principal of a consulting structural engineering firm he founded in Western Colorado. It is hard to say what got him into writing but after thirty-some years of consulting, he decided a new diversion would be welcome. Thus, the writing bug took over. In 2009, he retired. When he’s not punching a keyboard, he takes advantage of the amazing public spaces that the West has to offer (he is a Colorado native), from camping, rafting, hiking (try Angel’s Landing in Zion National Park), to lazily enjoying the sunset as it drapes the ragged peaks of the San Juan Mountains in various shades of crimson (beer in hand, of course).

He is a member of the International Thriller Writers, an honorary society of authors, both fiction and nonfiction, who write books broadly classified as thrillers. He and his wife Teri divide their time between their home base Grand Junction, Colorado and Mesquite, Nevada.