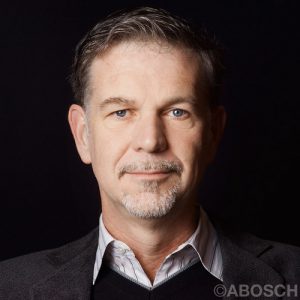 Penguin Publishing has optioned an as yet unnamed book from the CEO of Netflix. After a bidding war that ended in a seven-figure deal the book will highlight the history of the company that changed the way Americans watch movies. Hasting’s company has been credited with the demise of brick-and-mortar video stores. Nexflix offered new movies, streamed their content direct to living rooms, and is now creating their own movies and television series.

The book is said to focus on the companies first 20-years, and will be written by Hastings with assistance from INSEAD Business School professor, Erin Meyer.

Netflix was launched in 1997, and became publicly traded in 2002. Since then, the streaming company has become a billion dollar enterprise making Hastings, according to Forbes one of the 400 richest people in the U.S. The book is expected to be released in late 2019.