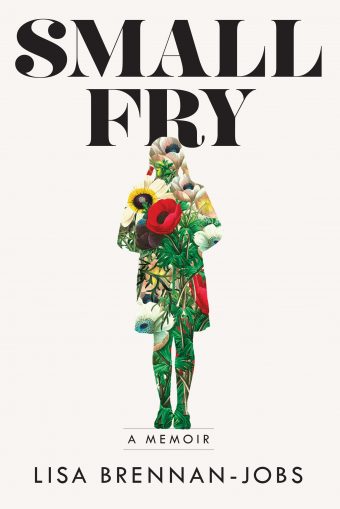 Born on a farm and named in a field by her parents—artist Chrisann Brennan and Steve Jobs—Lisa Brennan-Jobs’s childhood unfolded in a rapidly changing Silicon Valley. When she was young, Lisa’s father was a mythical figure who was rarely present in her life. As she grew older, her father took an interest in her, ushering her into a new world of mansions, vacations, and private schools. His attention was thrilling, but he could also be cold, critical and unpredictable. When her relationship with her mother grew strained in high school, Lisa decided to move in with her father, hoping he’d become the parent she’d always wanted him to be.

Small Fry is Lisa Brennan-Jobs’s poignant story of a childhood spent between two imperfect but extraordinary homes. Scrappy, wise, and funny, young Lisa is an unforgettable guide through her parents’ fascinating and disparate worlds. Part portrait of a complex family, part love letter to California in the seventies and eighties, Small Fry is an enthralling book by an insightful new literary voice.

Before this, during years in which we hardly spoke, I’d seen his picture everywhere. Seeing the pictures gave me a strange zing. The feeling was similar to catching myself in a mirror across a room and thinking it was someone else, then realizing it was my own face: There he was, peering out from magazines and newspapers and screens in whatever city I was in. That is my father and no one knows it but it’s true.

Before I said goodbye, I went to the bathroom to mist one more time. The spray was natural, which meant that over the course of a few minutes it no longer smelled sharp like roses, but fetid and stinky like a swamp, although I didn’t realize it at the time.

As I came into his room, he was getting into a standing position. I watched him gather both his legs in one arm, twist himself ninety degrees by pushing against the headboard with the other arm, and then use both arms to hoist his own legs over the edge of the bed and onto the floor. When we hugged, I could feel his vertebrae, his ribs. He smelled musty, like medicine sweat.

We detached, and I started walking away.