With all the hallmarks of a great Tosca Lee novel—strong female lead and suspenseful plotting combined with a high-concept storyline—comes THE LINE IN BETWEEN (Howard Books/Simon & Schuster, 1/29/19), a frighteningly believable thriller in which an extinct disease re-emerges from the melting Alaskan permafrost to cause madness in its victims. For recent apocalyptic cult escapee Wynter Roth, it’s the end she’d always been told was coming. When Wynter Roth is turned out of New Earth, a self-contained doomsday cult on the American prairie, she emerges into a world poised on the brink of madness as a mysterious outbreak of rapid early onset dementia spreads across the nation.

As Wynter struggles to start over in a world she’s been taught to regard as evil, she finds herself face-to-face with the apocalypse she’s feared all her life—until the night her sister shows up at her doorstep with a set of medical samples and Wynter learns there’s something far more sinister at play. Now, as the power grid fails and the nation descends into chaos, Wynter must find a way to get the samples to a lab in Colorado. Uncertain who to trust, she takes up with former military man Chase Miller, who has his own reasons for wanting to get close to the samples in her possession, and to Wynter herself. Filled with action, conspiracy, romance, and questions of whom—and what—to believe, The Line Between is a high-octane story of survival and love in a world on the brink of madness.

Lee’s new headline-inspired thriller explores the release of diseases from the melting permafrost, the effects of big agriculture, and the fallout of an attack on the U.S. power grid. Spanning rural Iowa, Nebraska, and Colorado, The Line Between is an apocalyptic race against time as the nation careens toward disaster.

he Line Between, which has drawn rave reviews from early reviewers and went into a second printing weeks before its January 29 release, has been optioned by Radar Pictures (Jumanji) and Ed Burns’ Marlboro Road Gang Productions (Public Morals)—the same producing partnership that sold Lee’s previous duology, The Progeny and Firstborn, to the CW Network with Chris Roberts (Orphan Black) attached to show run and write: https://www.comingsoon.net/tv/news/1010203-the-cw-moves-forward-with-tv-seriesbased-on-tosca-lees-novel-the-progeny.

Praise for The Line Between:

“Everything you want in a thriller.” —Alex Kava, New York Times and USA Today bestselling author of Breaking Creed

Praise for The Line Between: “Everything you want in a thriller.” —Alex Kava, New York Times and USA Today bestselling author of Breaking Creed 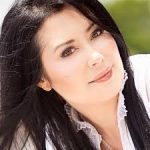 Tosca Lee is the award-winning, New York Times bestselling author of 10 novels including The Progeny, Firstborn, Iscariot, The Legend of Sheba, and The Books of Mortals series with New York Times bestselling author Ted Dekker. Tosca received her B.A. in English and International Relations from Smith College. A lifelong world adventure traveler, she lives in Nebraska with her husband and three children still at home.

Tosca is available for interviews, media appearances, speaking engagements, and/or book review requests – please contact mickey.creativeedge@gmail.com by email or by phone at 403.464.6925.