Sequel Of Paranormal Adventures Delves Deep Into the Inner Workings Of The Author’s Mind! 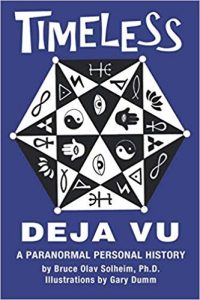 There is a new trend and interest in the genre of Paranormal adventure; the genre has changed from the release of simple standalone one-shot novels and has ultimately graduated to complex themes, intricate storylines built on real experiences, and has faceted and created marketability through novels, talk shows, and on-air mediums that devote themselves entirely to the subject.

California author, Bruce Olav Solheim recognizes this and is one of the individuals directly responsible for this upcoming trend. Simply put, Solheim is a man who has built himself a reputation in the area of writing within the framework of the paranormal, and not only casually touching on the subject, but actually living the life through incredible and deepened experiences. A Distinguished Professor of History at Citrus College, Solheim has done something extremely rare in the field, he has taken the risk of sharing his views and personal experiences within the paranormal and documented those findings in a revealing and intense fact-finding expedition.

A result of this was his highly successful memoir of paranormal experiences, Timeless: A Paranormal Personal History in 2018, where Solheim revealed his soul and shared his darkest and lightest paranormal experiences from childhood, through to adolescence, culminating finally in adulthood. The end result was a riveting documentary of words that achieved critical acclaim, and profiled Solheim into mainstream media streams such as appearances on LA Talk Radio, an extensive interview with George Noory on Coast to Coast AM, and also gave Solheim the opportunity to host his own radio show titled Timeless Esoterica with Dr. Bruce on the Artist First Radio Network.

Move the clock forward one year to March 2, 2019, and Solheim has replicated the success of that first book with the release of the sequel that is as revealing and telling as anything written in the past twenty years.

Timeless Deja Vu: A Paranormal Personal History, published by Boots to Books and distributed through Amazon delves deeper into paranormal and supernatural experiences told through the eyes of Solheim himself. Within the book there are 31 stories in total that focus on Solheim’s experience touching on subjects such as exclusive meetings with Elvis Presley, John Wayne, as well as personal contacts with an ancient alien, and as his aunt, who was a Nazi.

Extensive writing research was performed to ensure that Solheim’s personal experiences were historically framed with painstaking detail. This allowed him to focus on the delicate interweaving of personal history with high strangeness in a global context. The overall result of Solheim’s writings has allowed him to visually re-create scenes from both the dark and the light of his world that will instantly reel in and captivate readers.

The mixture of personal experience coupled with paranormal circumstance was wildly successful for the first Timeless book and there is no evidence to suggest the trend will not continue with this next installment. About the Book: About the Author: Solheim’s first Timeless book offered readers an entertaining chronological survey of his remarkable paranormal adventures. Timeless Deja Vu goes further and deeper with 31 more stories of the paranormal and supernatural where you will experience the impact of Solheim’s mediumship and encounters with spirits of all kinds, learn about a theoretical framework for understanding these phenomena, and even discover how aliens and ghosts have something in common.

You will be introduced to his Nazi aunt, take a ride in his demonic car, meet his spirit animals, contemplate the wisdom of an ancient alien, and visit Elvis and John Wayne along the way. Dr. Solheim’s new book is shocking, revealing, inspirational, frightening, humorous, and thought-provoking. Gary Dumm again provides his superb illustrations. The Paranormal Professor strikes again! 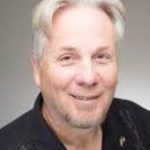 Bruce Olav Solheim was born on September 3, 1958, in Seattle, Washington, to hard-working Norwegian immigrant parents, Asbjørn and Olaug Solheim. Bruce was the first person in his family to go to college. He served for six years in the US Army as a jail guard and later as a helicopter pilot. He earned his PhD in history from Bowling Green State University in 1993. Bruce is currently a distinguished professor of history at Citrus College in Glendora, California. He also served as a Fulbright Professor in 2003 at the University of Tromsø in northern Norway. Bruce founded the Veterans Program at Citrus College and cofounded, with Manuel Martinez and Ginger De Villa-Rose, the Boots to Books transition course—the first college course in the United States designed specifically for recently returned veterans. He has published eight books and has written ten plays, two of which have been produced.

Bruce is married to Ginger, the girl of his dreams, who is a professional helicopter pilot and certified flight instructor. He has been blessed with four wonderful children: Bjørn, Byron, Caitlin, and Leif. He also has a precious grandson, Liam. Bruce, his brother, and his two nephews still own the family home in Åse, Norway, two hundred miles above the Arctic Circle. Bruce is available for interviews, media appearances, speaking engagements, and/or book review requests – please contact mickey.creativeedge@gmail.com by email or by phone at 403.464.6925