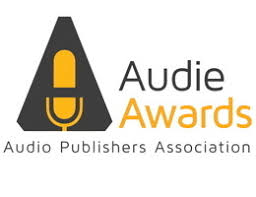 Each year the Audio Publishers Association honors the best titles in audio publishing at a gala awards ceremony. This year Children of Blood and Bone was named Audiobook of the Year at the 2019 Audie Awards.

The Audio Publishers Association (APA), the premiere trade organization of audiobooks and spoken word entertainment, announces today the winners of last night’s annual awards gala, The Audie Awards. The event was hosted by Queer Eye fashion expert, upcoming memoirist and audiobook narrator, Tan France, who lent his charming personality and delightful wit to the evening’s festivities. The Audies recognizes outstanding achievement from the authors, narrators, publishers, and producers of the most talked-about audiobooks in the industry. This year’s most prestigious award, Audiobook of the Year, has been named Tomi Adeyemi’s Children of Blood and Bone, published by Macmillan Audio.

Recognized by the esteemed judging panel of Ron Charles (Book Critic for The Washington Post), Linda Holmes (Host of NPR’s Pop Culture Happy Hour), and Lisa Lucas (Executive Director of the National Book Foundation), the Audiobook of the Year acknowledges the work that, through quality and influence, has caught the attention of the industry’s most important thought leaders.

The panel praised Adeyemi’s work and Bahni Turpin’s captivating narration. “There’s something magical about the timbre of Turpin’s voice that’s perfectly tuned to the fantastical nature of this novel. I felt transported into the world of “Children of Blood and Bone,” said Ron Charles. “Turpin’s superb accents allow us to visualize each character distinctly. Her dramatic pacing builds suspense and then explodes in moments of crisis. When she cries out in agony or despair, I pretty much stopped breathing. This is world-building entirely through the spoken word and the audiobook succeeds on the power of Turpin’s dramatic performance.”

Following in the footsteps of other Hollywood notables, taking the Humor category are actors, authors and narrators, Nick Offerman and Megan Mullally, for their hilarious The Greatest Love Story Ever Told. Stanley Tucci also walked away with an Audie Award as part of the cast for Audible’s The Man on the Mountaintop.

Audiobook of the Year

Narration by Author or Authors

The Perfectionists
Written and narrated by Simon Winchester HarperAudio

Heads of the Colored People
By Nafissa Thompson-Spires
Narrated by Adenrele Ojo
HighBridge Audio, a division of Recorded Books

Additional information can be found online at www.theaudies.com

ABOUT THE AUDIE AWARDS®
The Audie Awards® is the premier awards program in the United States recognizing distinction in audiobooks and spoken-word entertainment. Publishers and rights holders enter titles in various categories for recognition of achievement. Finalists are selected, and from that group of finalists one winner is awarded. The Audie Awards® is a registered trademark of the Audio Publishers Association.

ABOUT THE APA
The Audio Publishers Association (APA) is a not-for-profit trade organization whose primary goals are to promote awareness of the audiobook industry, gather and disseminate industry statistics, encourage

high production standards and represent the interests of audiobook publishers. Since 1986, the APA has worked to bring audio publishers together to increase interest in audiobooks.