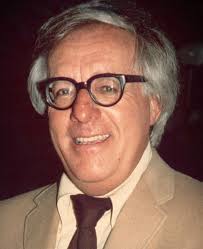 United for Libraries, in partnership with the Illinois State Library and Illinois Center for the Book, will designate Ray Bradbury Park a Literary Landmark on Saturday, March 16. The unveiling ceremony, set to begin at 4:51 p.m. in honor of Bradbury’s novel Fahrenheit 451(1953), will take place in Waukegan, Ill.

Ray Bradbury (1920-2012) was born and raised in Waukegan before his family moved to Los Angeles in 1934. He was a prolific author best known for his work in the science fiction genre. He was also an outspoken library advocate. He is the recipient of several awards, including the National Medal of Arts (2004) and a Pulitzer Prize Special Citation (2007). Ray Bradbury Park, located in Bradbury’s “Green Town” neighborhood, played a major part of his childhood Waukegan upbringing and was referenced in his works “Dandelion Wine,” “Something Wicked This Way Comes,” and “Farewell Summer.”

Attendance will include featured speaker Dr. Jonathan R. Eller, Director of the Center for Ray Bradbury Studies in Indiana, among others. During the ceremony, Waukegan High School students will put on a special performance of Bradbury’s short play The Whole Town’s Sleeping, and a Literary Landmark plaque will be unveiled. The ceremony is set to follow the Illinois Reads Book Festival, which will honor Ray Bradbury with tributes throughout, including a Pop-up Museum.

Ray Bradbury Park will be the first Literary Landmark established in Lake County and the eighth in the state of Illinois. More information about the dedication ceremony can be found at http://raybradburyexperiencemuseum.org.

United for Libraries: The Association of Library Trustees, Advocates, Friends and Foundations, is a division of the American Library Association with approximately 4,000 personal and group members representing hundreds of thousands of library supporters. United for Libraries supports those who govern, promote, advocate, and fundraise for libraries, and brings together library trustees, advocates, friends, and foundations into a partnership that creates a powerful force for libraries in the 21st century. To join, please visit www.ala.org/united or call (800) 545-2433, ext. 2161.