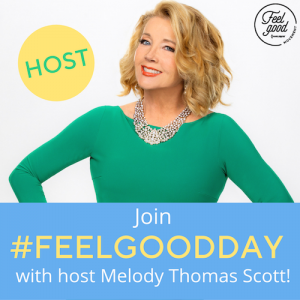 Today, Harlequin announced additions to Feel Good Day programming on October 5 in San Antonio, TX, including Emmy Award-nominated actress Melody Thomas Scott as Host and author panel moderator, and First Lady of San Antonio Erika Prosper Nirenberg as presenter of The OutStander Awards. Harlequin Feel Good Day—an extension of the Harlequin Feel Good Project that launched last fall—is a day of immersive experiences that celebrates women feeling their best, doing their best and being their best selves.  In addition, United Way of San Antonio will be a presenting partner of the Community Catalyst presented by Women United, United Way. Follow along on social media

Melody Thomas Scott is best known for her Emmy Award–nominated role as Nikki Newman on the daytime drama The Young and the Restless, and this year she celebrates 40 years in the role. As host of Feel Good Day, she will moderate the panel discussion with New York Times bestselling authors Robyn Carr, Brenda Jackson and Susan Mallery, share opening and closing remarks, and lead the Energizer sessions, which are designed as short bursts of activity to help build a strong sense of community and excitement.

“We’re so thrilled to have Melody Thomas Scott as the host of Feel Good Day.  For years, she’s played a beloved character in many women’s lives, from generation to generation—much like our stories, which have been shared by mothers, grandmothers, daughters and friends for decades,” says Merjane Schoueri, the Feel Good project director. “We know Melody will add fun and excitement to the day, and will help women be transported in this new immersive experience we’re launching.”

Prosper Nirenberg will help present The OutStander Awards, which shine a spotlight on outstanding San Antonians who champion the message at the heart of the Feel Good mission every day. “I believe that San Antonio residents deserve to have their passion, commitment and outstanding achievements be recognized not just in the city, but on a national and international scale,” Prosper Nirenberg said.  Prosper Nirenberg is a former chair of the Hispanic Chamber of Commerce, and in that role she helped establish the Latina Leadership Institute (LLI) to help women learn more about how to be engaged civically and politically. 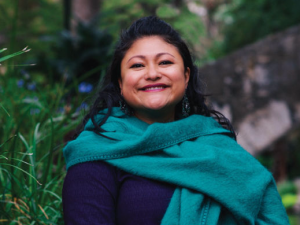 “Harlequin fans and authors are an incredible community that believes in the power of positive stories. We’re excited be working with Erika Prosper Nirenberg and United Way San Antonio to build Feel Good Day enthusiasm on the ground,” adds Schoueri.

Nominations for The OutStander Awards are being accepted through August 16 in five categories:

To submit a nomination and learn more about The OutStander Awards, and for more details on Feel Good Day and to purchase tickets, visit www.celebratefeelgood.com.

About Harlequin
Harlequin (Harlequin.com) is a leading publisher of commercial fiction and narrative nonfiction. The company publishes more than 110 titles a month, in both print and digital formats, in as many as 150+ international markets and 30+ languages. Encompassing highly recognizable imprints that span a broad number of genres, the publisher is home to many award-winning New York Times and USA TODAY bestselling authors. Harlequin is a division of HarperCollins Publishers, the second-largest consumer book publisher in the world, with operations in 18 countries. For more information, please visit Harlequin.com and Facebook.com/HarlequinBooks. Follow Harlequin on Twitter: @HarlequinBooks and Instagram: @HarlequinBooks.

Dealer’s Child By Joanna Vander Vlugt Jade Thyme must delve into her mother’s free-spirited past if she wants to prove her father was murdered and... 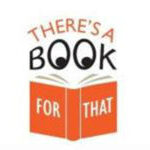 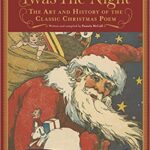 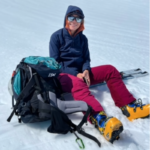 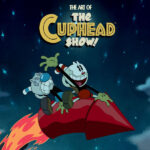