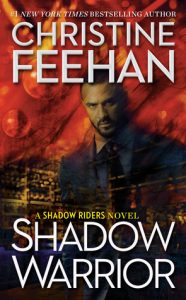 Vittorio Ferraro has spent his life obligated to family and performing his duty of doling out justice while hiding behind a mask. He had two speeds, calm rational peacemaker, trying to control situations peacefully and if that couldn’t be achieved he erupted and made every blow count. He dreamed of finding someone to give him balance, to anchor him between these two extremes. When he finds Grace his heart unlocks, he finds someone who he can open up to, actually needs to open up to, and we begin to see there is so much more to Vittorio Ferraro, his masked personality emerges with her. He pulls out all the stops to win her love and to save her from the man who has tormented her most of her life.
Grace, who spent time growing up in the foster care system, some horrible, some good. But the most horrible was the Foster brother who latched on to the kindness she gave him, in his demented way protected her from the bad but also removed the good to keep her his. She had to control herself and everything in her life to protect herself and those she came across from him. Her control gave her the skills she needed for her career, but it also kept her from living. Then she meets Vittorio and she realizes how tired she is of being in control. How nice it is to surrender her fears, her care, to someone like him as her trust builds. He brings to her life the same balance, the same anchor, he wants in his life. In turn Grace gives them to him. It’s Ms. Feehan’s amazing storytelling that shows this happening, this bond growing into a beautiful relationship.
Vittorio, the epitome of a dominant alpha Male, is a stark contrast to the psychopath foster brother who torments Grace. Hayden threatens her through his control, terrorizing her, removing any relationship in her life. Vittorio wants to know her likes/ dislikes. Knows that the strength of a relationship, even a dominant submissive one is one of communication and trust, knowing and acting on what makes each other happy. Being brought into the Ferraro family this is more important than anything. The consequences are high if the trust is broken. I was truly amazed at how these two grew as individuals and as a couple.
The villain, Grace’s foster brother, is one of the most diabolical, bone-chilling, I’ve ever read. He is a threat to the entire Ferraro family. And the main reason I had to remind myself this is a romance there’s going to be a happy ending. And yes, with the family structure they gather information and with action packed scenes and special paranormal abilities the Ferraros know how to rise to the occasion!
All while Vittorio and Grace’s story is being shared, I fell more in love with the Ferraro siblings and their bond. Happenings with the family’s rivals, the Saldis, and within their territory let you know something is brewing and the family has threats to be aware of…and the reader to realize this Series has a lot to offer in coming books!
Share
Facebook
Twitter
Pinterest
Linkedin
ReddIt
Email
Print
Tumblr
Mix
VK
Digg