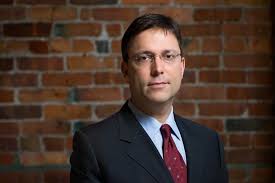 Simon & Schuster announced today that Andrew Kirtzman, an author and veteran political reporter, has been signed to write an authoritative biography of Rudy Giuliani. The book will cover the arc of Giuliani’s life and career, up through his current role as President Donald Trump’s personal attorney and pivotal figure in the Ukraine scandal. Bob Bender, Vice President and Executive Editor, bought English-language book and audio rights from Philippa Brophy, President of Sterling Lord Literistic literary agency. The book is slated to be published in 2021.

Kirtzman wrote his first book, Rudy Giuliani: Emperor of the City 19 years ago at the end of Giuliani’s mayoralty (it was republished a year later with Kirtzman’s first-person account of his experience with Giuliani on 9/11). It is considered the authoritative account of Giuliani’s mayoralty. He is also the author of Betrayal: The Life and Lies of Bernie Madoff, a biography about the Wall Street con man published in 2009.

“Giuliani has led an operatic life,” said Mr. Bender. “His story is a tale of epic events in the life of the nation that now include his central role in the current impeachment inquiry. Andrew has been writing about him since his days as a City Hall reporter in the 1990s, and has an intuitive understanding of this extraordinarily polarizing figure. It’s a perfect match of author and subject.”

Giuliani has led many lives and gained enormous fame at each turn. He was combative, controversial and hugely effective as U.S. Attorney and New York City mayor; an international hero for his leadership on September 11th; a failed presidential candidate; a conservative commentator; a confidante to a president and now a potential criminal defendant.

“At various points in his life Giuliani has been one of the country’s most revered and reviled men. He is a fascinating subject for a writer,” said Kirtzman.

Kirtzman, who runs a public affairs consulting firm, served as a political journalist for much of his career. He covered more than a dozen national political campaigns for print and television and hosted two of New York’s most widely-watched television political shows, Inside City Hall for New York 1 News and Kirtzman and Co. for WCBS-TV in New York. He is a multiple Emmy Award-winner who has written for publications including The New York Times, The Washington Post and The New Republic, and frequently appears on CNN and MSNBC to discuss news and politics.

Previously, he served as a government reporter for The New York Daily News, an investigative reporter for The Houston Post and city editor of The Hudson Dispatch in New Jersey. He was born and raised on Manhattan’s Lower East Side, and currently resides in Noho with his husband, Kyle Froman.