There’s a Book for That: Martin Luther King, Jr. Day 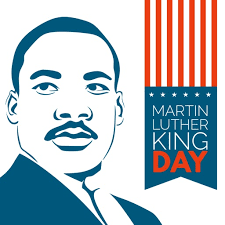 On January 20, we honor Dr. Martin Luther King Jr., who was born on January 15, 1929 in Atlanta, Georgia. The holiday celebrates the life and legacy of a man who brought hope and healing to America. It’s a time to commemorate the timeless values he exemplified – courage, truth, justice, compassion, dignity, humility and service – as well as the forgiveness and nonviolence that empowered his leadership. It’s especially important for the young to learn about Dr. King’s character and contributions and the power of words. We recommend the following books for education and inspiration for all ages.

Visit The King Center’s site here for more information on this year’s commemoration.

Martin Luther King’s classic exploration of the events and forces behind the Civil Rights Movement—including his Letter from Birmingham Jail, April 16, 1963.

The classic collection of Dr. King’s sermons that fuse his Christian teachings with his radical ideas of love and nonviolence as a means to combat hate and oppression.

“IN A SINGLE GARMENT OF DESTINY”: A GLOBAL VISION OF JUSTICE by Dr. Martin Luther King, Jr.

Too many people continue to think of Dr. King only as “a southern civil rights leader” or “an American Gandhi,” thus ignoring his impact on poor and oppressed people around the world. “In a Single Garment of Destiny” is the first book to treat King’s positions on global liberation struggles through the prism of his own words and activities.

Part of The King Legacy series which encompasses Dr. King’s most important writings, including sermons, orations, lectures, and prayers.

Marshall Frady, the reporter who became the unofficial chronicler of the civil rights movement, here re-creates the life and turbulent times of its inspirational leader. Deftly interweaving the story of King’s quest with a history of the African American struggle for equality, Frady offers fascinating insights into his subject’s magnetic character, with its mixture of piety and ambition. He explores the complexities of King’s relationships with other civil rights leaders, the Kennedy and Johnson administrations, and the FBI’s J. Edgar Hoover, who conducted a relentless vendetta against him. The result is a biography that conveys not just the facts of King’s life but the power of his legacy.

From coming of age under poverty and the looming threat of racial violence to preaching from the Ebenezer pulpit for forty years, King, Sr., candidly reveals his life inside the civil rights movement, illustrating the profound influence he had on his son.

An “immersive, humanizing, and demystifying” (Charles Blow, New York Times) look at the final hours of Dr. King’s life as he seeks to revive the non-violent civil rights movement and push to end poverty in America. Redemption draws on dozens of interviews by the author with people who were immersed in the Memphis events, features recently released documents from Atlanta archives, and includes compelling photos. Also revealed is what his assassin, James Earl Ray, was doing in Memphis during the same time and how a series of extraordinary breaks enabled Ray to construct a sniper’s nest and shoot King.

This Little Golden Book captures the essence of Martin Luther King, Jr. for the littlest readers. They’ll learn how his childhood in segregated Atlanta—and in his father’s church—shaped the future civil rights leader. And they’ll gain a clear understanding of the way he became an eloquent, powerful voice for African Americans.

Justyce McAllister is a good kid, an honor student, and always there to help a friend—but none of that matters to the police officer who just put him in handcuffs. Despite leaving his rough neighborhood behind, he can’t escape the scorn of his former peers or the ridicule of his new classmates. Justyce looks to the teachings of Dr. Martin Luther King Jr. for answers. But do they hold up anymore? He starts a journal to Dr. King to find out.

MEMPHIS, MARTIN, AND THE MOUNTAINTOP: THE SANITATION STRIKE OF 1968 by Alice Faye Duncan, R. Gregory Christie

Martin Luther King Jr. will always be remembered for his famous “I have a dream” speech, which he gave during the March on Washington in 1963. But his life before and after that big event, and his other enormous contributions to the Civil Rights Movement in the United States, largely go unspoken. In this biography for kids ages 8-12, learn all about MLK – from his early family life and experiences in education, to his untimely death and the worldwide mourning and riots that followed.

I am Brave: A Little Book about Martin Luther King, Jr. by Brad Meltzer, Christopher Eliopoulos

The littlest readers can learn about Martin Luther King, Jr., in this board book version of the New York Times bestselling Ordinary People Change the World biography.

MY DREAM OF MARTIN LUTHER KING by Faith Ringgold

Now in Dragonfly–from the acclaimed creator of the Caldecott Honor Book Tar Beach comes a personal and captivating portrait of the life of Martin Luther King, Jr.

For more information on these and related titles visit MLKJR

Jocie McKadehttps://www.jociemckade.com/
Her fiction writing has received the Author / Ambassador at Library Journal Self-e Authors, Winner Queen of the West Reader Favorite Award, Amazon Bestseller - Historical, Double finalist in the Next Generation Indie Book Awards in the Mystery and Humorous Categories. Writing humorous cozy mysteries and romantic comedy, Jocie can find humor in most everything, even when she shouldn't. She lives in the Midwest on Dust Bunny Farm with her family.
Previous articleJournalist Chris Wallace to Release: COUNTDOWN 1945
Next articleREVEREND AL SHARPTON’S RISE UP THIS FALL RELEASING THIS FALL