The long-awaited story of Taviano Ferraro and Nicoletta Gomez has finally landed! Shadow Flight was released this week with much anticipation. 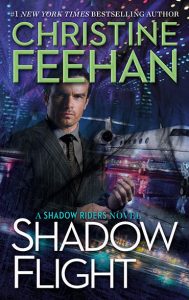 Nicoletta Gomez was a terrified teenager when Taviano Ferraro and his brother saved her life. Ever since, she’s been trying to rise above what was done to her, molding herself into a survivor under the protective eyes of the Ferraro family. All the while, she’s been falling hopelessly in love with the man who knows her darkest secrets…

With one look, Taviano knew that Nicoletta was his, just as he felt their shadows connect. But no matter how much he wanted to claim her, he knew she needed time to become her own woman. But when Nicoletta once again finds herself in the sights of dangerous men, a split second decision has Taviano breaking all of the Ferraro family’s rules to keep her safe. And as far as he’s concerned, the reward is more than worth the risk.

For those of you who are new to the Shadow Rider series, the premise is simple and intriguing- Assassins travel using shadows to deliver justice the system couldn’t stop. It’s paranormal-light with action and romance.

There’s something about Feehan’s ability to deliver satisfying stories that hit all the right notes that have made her such a success. She’s one of those authors that are an auto-buy for us and we’ve never been let down.

Shadow Flight also furthers the storyline for the Ferraro family itself, giving insight to some of the characters readers have been wondering about. It delivers sky-high action! 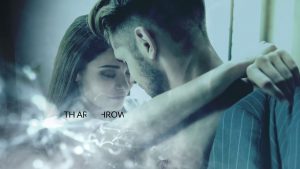 RENEW BY JENNA GREENE The Red Queen meets The Hunger Games In....RENEW Book 2 of the Reborn Marks Series Read Renew to find out if being branded a reborn is a...
Read more