Sheltered in with Kristine Raymond

Sheltered in with Kristine Raymond…otherwise known as life in general 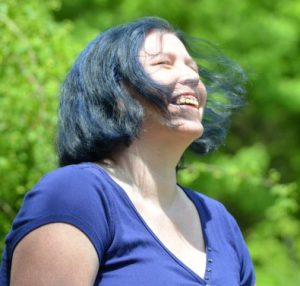 I must admit, I’m a bit envious of the people posting on social media about all the free time they have on their hands since the dreaded virus-that-shall-not-be-named forced a good portion of the population to hunker down in their homes.  I want some of that!

If you happened to have on hand one of those neat contraptions you always see in sci-fi movies – you know, those thingamajigs that look like kaleidoscopes enabling you to visit your past in the amount of time it takes to nuke a frozen burrito – and you scanned my timeline, you’d discover that I’ve been practicing self-isolation since I was a kid.  I’ve always preferred spending time by myself; uncomfortable in crowds, even around people I know.

As a teen, there were no school dances for me or hanging out at the movies on Friday night.  I preferred staying in listening to music (not the Top 40 stuff.  I was really into New Age) while flickering candlelight from dozens of candles bathed my bedroom in a soft glow.  I know for a fact that my self-isolation concerned my parents, overhearing on more than one occasion their conversation about me spending too much time by myself.  They shouldn’t have worried.  I was happy, and also, apparently, preparing for what lie thirty-five years ahead.

Adulthood crept in and not wishing to be branded a hermit, I went out into the world and became gainfully employed, 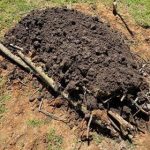 surrounded by people forty hours a week, plus overtime.  The other hundred and twenty hours, give or take? You guessed it!  I was by myself; in my apartment listening to music while doing chores or baking, taking long drives with no particular destination in mind, walking along the shore after the beachgoers had left for the day.  Spending quality time with me and enjoying (almost) every minute of it.

I bet you’re wondering what any of that has to do with my opening statement.  Well, it’s simple.  Over the decades, those solitary hours began filling up with activities (solo, of course) and projects and self-employment so that now, I’m lucky to have a moment or three to catch my breath.  Being sheltered in hasn’t changed that a bit.

My days revolve around caring for dozens of furbabies, sixty-seven newly-hatched chicks and guineas, and a home.  I write, 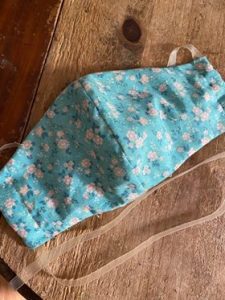 podcast (two of them, currently), dabble with graphics, bake, do yard work and laundry.  I taught myself a few days ago to sew face masks.  Then there are the multiple outdoor projects in the works, including construction on a new Hügelkultur gardening system and building a chicken coop. My to-do list rivals Santa’s, and, to be fair, I wouldn’t want it any other way.  Although…

Free time.  Let me close my eyes a moment and imagine.  I’m not even sure what that looks like.  Indulgent, for sure. Flickering candlelight, the scent of lavender filling the air, the soft notes of a George Winston piano solo coming through the speakers.  Snuggled beneath the comforter, losing myself in the music – in other words, transporting back to my seventeen-year-old self.

Wonder if I can whittle out a little free time? 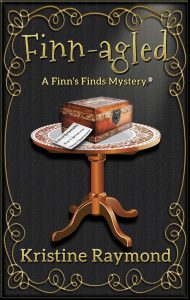 A secret message hidden inside of an antique wooden box, an unidentified dead body, and a mother determined to marry her off to the high school crush whom she hasn’t seen since…well…high school.  There’s no doubt about it; Finn Bartusiak’s life in the seaside town of Port New is about to get interesting.

Coming into possession of a 19th-century, bronze and mahogany writing box under somewhat suspicious circumstances, Finn’s accidental discovery of a coded note leads her and Spencer Dane, bestselling novelist and love of her life (though he doesn’t know it yet), on a quest to unravel the mystery behind the jumble of letters.  But they’re not the only ones interested in the cryptic message.  There’s a con man on their trail, and he’ll stop at nothing, including murder, to claim the ‘treasure’ for himself.

Jocie McKadehttps://www.jociemckade.com/
Her fiction writing has received the Author / Ambassador at Library Journal Self-e Authors, Winner Queen of the West Reader Favorite Award, Amazon Bestseller - Historical, Double finalist in the Next Generation Indie Book Awards in the Mystery and Humorous Categories. Writing humorous cozy mysteries and romantic comedy, Jocie can find humor in most everything, even when she shouldn't. She lives in the Midwest on Dust Bunny Farm with her family.
Previous articleBook Review: Shadow Flight by Christine Feehan
Next articleHolly’s Book Review: Adam Frankenstein Fear Fest Comic Book