Behind The Words with Elizabeth Goddard 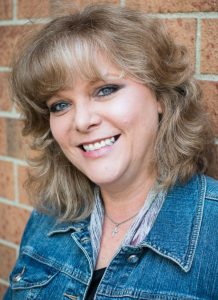 Behind The Words with Elizabeth Goddard

Welcome, tell us a bit about yourself. Where you’re from, where you live? Do you have one of those day-jobs?

I’m a Texan through and through (7th generation) but the last couple of decades I’ve lived in quite a few places due to my husband’s job. It’s so great that I’m a writer and I can do my job from anywhere. Writing is my day-job, by the way. However, I started out in software sales and it wasn’t until I quit the traveling job to stay home with my first child that I started pursuing writing in earnest. Late last year, we moved to Washington (from Michigan) and I’m delighted to live in the Pacific Northwest again, one of my favorite places, and where I set most of my books. I’m on the border of Washington and Idaho, so I’m close to the Rockies too, where my Uncommon Justice series is set, and also my upcoming Rocky Mountain Courage series is set.

Let’s just say I’ve always been a writer—on the inside—but in 2001 I started chasing my dream of one day being a published author. I’ve been writing every day since January 2001, but it wasn’t until December 2006 that my first novel released.

The morning starts with coffee, coffee, coffee, and lots of social media reading and news browsing—basically, I procrastinate getting the work day going. Then I start in for real. Most days I’m actively working on a novel—whether writing a first draft or editing or revising a manuscript for my editor, or creating a new proposal. Other days I’m working on all the writing-related stuff. Marketing and promotion takes up significant time, but it’s all a necessary part of this publishing business. In the afternoons, I will often work on another book due to a different publisher, so I juggle back and forth. Oops—you said ‘briefly.’ 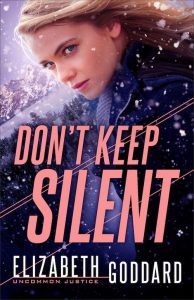 Don’t Keep Silent is book three in my Uncommon Justice series set in the Jackson Hole region of Wyoming. I love writing stories in an amazing setting. The story is about a DEA undercover agent, Liam McKade—brother to Austin (Never Let Go) and Heath (Always Look Twice). Like many of my readers, I was anxious to get to Liam’s story. I had introduced him in the previous book, and he was an intriguing character. My heroine, Rae Burke, is an investigative journalist—the kind to uncover serious dirt and expose people or organizations that hurt others. She wants to make a difference—hence the title, Don’t Keep Silent. But her new investigation is personal and the stakes are high when she is tasked with finding her missing sister-in-law and her best chance of success means bringing in Liam McKade after she’d blown his cover and almost got him killed.

While I’d love to say my characters are entirely fictitious, I think all writers—whether consciously or subconsciously—borrow from real world people even in the smallest ways.

Ah. . . hmm. . . should I share this? The detail is “in the book” and yet its significance is not revealed. I don’t want to spoil anything, but let me just say that someone dies in Don’t Keep Silent, and that death is important in another book.

I can’t think of a specific character, because they’re all difficult—getting all the nuances right, making sure the motivation is in place for their actions. But in general villains are the hardest. They have to be fleshed out as well as the main characters and  I don’t enjoy getting into the heads of bad guys—usually they are disturbed and twisted and I don’t want to spend a lot of time in a messed up mind.

This question was a fun exploration into living vicariously through the lives of my characters. With each one I considered, I backtracked because of the danger element. Ha! I going to go with Terra Connors—the heroine in my April 2021 release, Present Danger, Book 1 in Rocky Mountain Courage. Terra is a USFS Special Agent and spends a lot of time in nature. See, I love nature settings, so if I were Terra, I’d get to spend time outdoors in the Rockies as part of my job, rather than simply writing about it.

I turned in Present Danger so I’ll soon be starting on book two in Rocky Mountain Courage. This series is set in the southwest corner of Montana near the northwest gateway to Yellowstone National Park, so in a way, it’s connected to the same region as Uncommon Justice. Some of my characters from Uncommon Justice will show up in Rocky Mountain Courage as well—I hear readers love that, and of course, I want to give fans what they want!

There are so many authors I love and have read through the years it’s hard to remember them all. But I’ll try . . . Francine Rivers stories taught me the importance of spiritual nuggets in my novels. Sharon Hinck has taught me to be more creative, to write outside of the box, and that my characters should think and feel deeply. When I need inspiration for good hooks, I read James Rollins. When I need encouragement in writing sophisticated, well thought out plots, I read Carla Laureano (though she’s romance and not suspense) and for romance mystery/suspense, Sibella Giorello, Lisa Harris, Susan Sleeman and Sandra Brown. There are more, so many more, but that’s a start.

Just the other day I was thinking it would be fun to somehow connect with Sandra Brown. She writes romantic suspense in the general market, and not in the Christian market like I do. But she comes from the same small region of the country—East Texas—and even taught Sunday school at a big church there decades ago (I’m told), so we have some things in common.

How long do you “simmer” your plots before you start putting them on paper?

In this digital age of “let’s put everything out there for everyone to see”—I’m not sure it’s so secret anymore. I’ve been relearning the piano/keyboarding and in a few more months, I might even be good at it. I think music is good for the brain, and I need to do more than write novels all day!

Ah. . . this question is definitely relative! My go to comfort food right now is pasta as well as southern home-cooked kinds of foods like roasted chicken and mashed potatoes. I find I’m cooking these items a lot more, and all of a sudden I am into cooking shows. I watch The Barefoot Contessa online and then go cook something!

Hmmm. How about . . . “How do you stay healthy while writing?” Oh, my, what a good question. That’s honestly one of the biggest challenges. Writing is bad for health. Of course, any job that requires sitting for long hours and staring at a computer is bad for your health. I go through periods of not exercising at all and then going nuts. I think breaking the day up with small periods of exercise—like right after a scene—are best. Then while the scene is still fresh, new ideas will come to mind while I’m walking or using the elliptical, whatever. If only I could stick to this plan.

Thank you so much for joining us today, Elizabeth!

Readers, for more information on Elizabeth Goddard visit her website.

Jocie McKadehttps://www.jociemckade.com/
Her fiction writing has received the Author / Ambassador at Library Journal Self-e Authors, Winner Queen of the West Reader Favorite Award, Amazon Bestseller - Historical, Double finalist in the Next Generation Indie Book Awards in the Mystery and Humorous Categories. Writing humorous cozy mysteries and romantic comedy, Jocie can find humor in most everything, even when she shouldn't. She lives in the Midwest on Dust Bunny Farm with her family.
Previous articleSNEAK PEEK: Wall of Wishes by Suzy Vadori
Next articleSheila’s Book Review: TOSKA by Zoe Dabbs