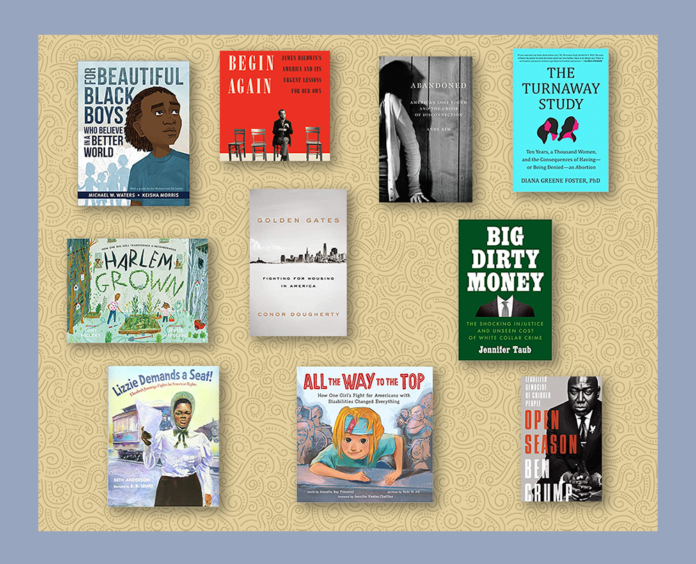 The youth prize recognizes nonfiction books for children and teens related to urban life and issues that support values such as community, equality, opportunity, mutual understanding, respect, caring and justice – in accordance with Goddard Riverside’s mission.

Carl Lennertz, executive director the Children’s Book Council, said: “I want to thank Goddard for the work they do every single day, the publishers for the powerful and important books from this year that they sent in, and the two judges: Beth Puffer, longtime bookseller and former owner of beloved Eeyore’s Books, and Nicholas Rodriguez, the CBC intern who worked on this project all summer. We’re delighted to bring these works some well-deserved attention and we’ve listed many of the books submitted on a Courageous Women in History reading list, now up at CBC.org.”

The Goddard Riverside Stephan Russo Book Prize for Social Justice, now in its fourth year, celebrates the power of the written word to create change in the name of justice for all.

“These books not only offer factual insights into some of the most important social issues of our time—they give voice to people suffering from injustice so that we can truly understand the harm that is being done,” said Goddard Riverside Executive Director Roderick L. Jones. “At a time when our politics can seem senseless and brutal, these works light the way forward to a better society.”

The shortlisted titles are:

The list for the Stephan Russo Prize was chosen by a distinguished slate of judges chaired by Douglas Bauer, executive director of The Clark Foundation. The remaining judges are Paul Krugman, New York Times columnist and Nobel Prize winner; Marcia Cantarella, university administrator and author of I CAN Finish College: The Overcome Any Obstacle and Get Your Degree Guide; and leadership coach and cultural facilitator Ana Polanco. The book prize is named after Stephan Russo, who served as executive director of Goddard Riverside from 1998 to 2017.