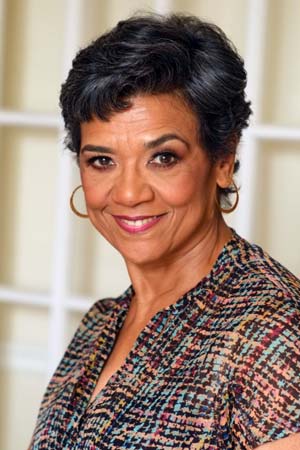 Scholastic is thrilled to announce a new four-book deal with legendary entertainer and 15-time Emmy® Award winner Sonia Manzano. Best known for playing Maria on Sesame Street for 44 years from 1971 until 2015 (for which she received an Emmy Lifetime Achievement Award in 2016), Manzano is also the acclaimed children’s book author of Scholastic titles The Revolution of Evelyn Serrano, which won a Pura Belpré Honor Award, and the stunning young adult memoir Becoming Maria: Love and Chaos in the South Bronx. In this partnership, Manzano and Scholastic will launch two new middle-grade novels and two new picture books.

“As an award-winning author, multiple Emmy Award winner, activist, and actress, Sonia Manzano has been an inspiration for both children and adults for decades. I am delighted that Scholastic will be teaming up with Sonia Manzano again for the publication of four new and powerful books that are sure to engage and inspire young readers for years to come,” noted Ellie Berger, President and EVP of Scholastic Trade Publishing.

Publishing in spring 2022, this first novel, Coming Up Cuban, is a remarkable story that’s set in 1959 in Cuba right as Fidel Castro came into power. This extraordinary novel follows four children – Ana, Miguel, Zulema and Juan – and each of their wholly unique journeys of struggle and triumph. In this story, two of the kids make it out of Cuba, one of them flown out as part of a program called Operation Peter Pan and brought to Miami. Over 14,000 unaccompanied Cuban minors were sent to the USA under this system by frightened parents who hoped to protect them from the real or rumored Castro policies. Two are left behind, where poverty and uncertainty lurk. Perfect for fans of Echo by Pam Muñoz Ryan and Refugee by Alan Gratz, Coming Up Cuban imparts resonant and interwoven tales of children enduring trying moments in history, as they grow through these emotionally-charged experiences.

“Social upheavals affect everyone. I wanted to write a novel that examined the impact the 1959 Cuban Revolution had on four children. Through these four separate life stories, I hope our readers see how interconnected we all are, regardless of any tumultuous times we might be living in. Scholastic, with their everlasting focus on diverse books, are the perfect publishers,” said Manzano.

Manzano’s upcoming picture book Riding the Line With Mac and Millie is based on the author’s own childhood experience of learning to read while riding the subway each day with her older sister. As they traveled from their Bronx neighborhood to their school, they discovered the joy and power of reading by decoding the signs on the subways and billboards outside the windows of their rickety subway car.  Her second picture book, If Miller’s Book Could Talk, is a heartwarming story of a Puerto Rican father teaching his son to read by dramatizing the voices of the many characters that emerge from the books they enjoy together. Further details about Manzano’s second middle grade novel in this publishing program will be announced at a later date.

“We’re honored to be Sonia Manzano’s publishing home,” added Andrea Pinkney, VP and Executive Editor at Scholastic. “Sonia’s narratives present history and culture in stories that resonate with readers everywhere. Her upcoming books underscore our shared mission of presenting meaningful experiences to children and building a bookshelf of beloved titles that will stand the test of time.”

ABOUT SONIA MANZANO
Sonia Manzano is a groundbreaking Latina educator, executive television producer, and award-winning children’s book author. A first-generation mainland Puerto Rican, she has affected the lives of millions of parents and children since the early 1970s, when she was offered the opportunity to play “Maria” on Sesame Street. Manzano has received 15 Emmys for writing television scripts, the Congressional Hispanic Caucus Award, the Hispanic Heritage Award for Education. Her critically acclaimed children’s books include A World Together, No Dogs Allowed!, A Box Full Of Kittens, Miracle on 133rd Street, The Revolution of Evelyn Serrano, and the memoir Becoming Maria: Love and Chaos in the South Bronx. Manzano resides in New York City with her husband Richard Reagan, whom she married in 1986, and their daughter Gabriela.