BEHIND THE WORDS: Joanna Davidson Politano 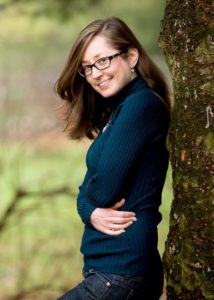 BEHIND THE WORDS: Joanna Davidson Politano

Welcome Joanna, we’re excited to have you on Reader’s Entertainment. First, tell our readers a bit about yourself.

It’s an honor! About me—Really, I’m a mom. I’m the leader of adventures involving mud and books and surprise trips to random places. I coach on tree climbing and teach homeschool between staggering stacks of novels. I thoroughly enjoy my day job, but it’s also such a nice brain-break to sit down and let my imagination run wild in historical fiction when my kids nap. I’ve been a writer in the pharmaceutical world, in publishing, and I even worked at a gourmet chocolate factory (a dream!) for a season.

My first book, Moving Day, came at age five. After that, I wrote class bullies into anonymous short stories in grade school (and they got out!) and I’ve always been working on some story or another throughout my life.

Writing starts early for me—sometimes 5am—when I wake up and start with a conversation with God (and Bible time). I write in the perfect hush of a sleeping house until my family stirs, then I put on the mom hat. I love that wild time, but then comes 2pm, I tuck the kids in for a nap and slip off to my computer for more story writing. I have no idea what will happen when nap time ends!

The idea for a lost letter story came from a passing comment someone made, and I sent the idea to my publisher without knowing a thing—who wrote the letter, who they meant to leave it for, why it was never opened. Then I set up a heroine who wasn’t really into romance—she’s turned down three or four proposals—and had her be the one to discover this letter and make it her mission to reunite this unknown couple. Of course, when a letter has been sitting in the crack of an old desk for many years, who knows what has happened in both peoples’ lives in the mean time. That made for great unknowns for me, and I set off writing. A friend suggested watching the show, Signed, Sealed and Delivered on Hallmark, and I loved the way lost letters were so important to them. I carried some of that drive into my book and used that show for a little inspiration.

Originally, I thought it would be cool to have the letter be intended for the heroine. It made sense that he stuck it in the desk that was being given to her, thinking she’d find it when the desk arrived, but it slipped into a crack. How cool, right? But it just didn’t work. So initially, I wrote with that plot in mind—for about half the book. Then I had about three other people I was SURE wrote the letter, and they never worked out either! The person who wrote it, and who they wrote it for, really surprised me in the end!

The hero, Gabe Gresham, was difficult to figure out. He’s such a closed-off guy that I couldn’t read him. He’s not a brooding type exactly, just very withdrawn from his (rather difficult) family. But that also meant I didn’t get a good handle on him… until I wrote some scenes with the heroine from their childhood. I understood his reluctance to say much, and had so much respect for his deep, years-long love of the heroine. The way he sees her, and the way he sees people in general, was a huge insight into who he is.

I loved writing this heroine, because she’s intelligent and knows her mind, speaking what she thinks. I’m terrible at that. She also has a deep concern for people, as a medical professional, and she seeks to heal their hearts as well as their bodies when she can. I can’t help but admire that about her. But then, I also wouldn’t mind being elderly Aunt Maisie, who does what she wants without concern for what others think of her. She’s delightfully eccentric and surprisingly wise.

Daphne Du Maurier is a huge influence with the way she spins suspense—I’d say the same for Wilkie Collins. I’ve studied their subtle invitations to go deeper into their stories without being gimmicky and obvious. I’ve also enjoyed Kristy Cambron, who writes emotion and even trauma with such a deft hand that even the worst circumstances are still digestible.

I can play the piano with my eyes closed! When I was a kid, I thought (because I got glasses) that my vision would deteriorate until I was blind. I couldn’t imagine life without playing the piano, so I taught myself my favorite songs by feel, and now I can’t play those songs at all unless I close my eyes!

Thank you so much for joining us today, Joanna! Below are the details on Joanna’s latest release, and links where you can learn more about her and her books. 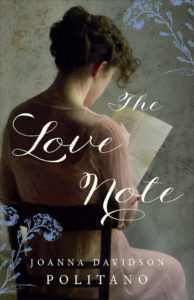 Focused on a career in medicine and not on romance, Willa Duvall is thrown slightly off course during the summer of 1859 when she discovers a never-opened love letter in a crack of her old writing desk. Compelled to find the passionate soul who penned it and the person who never received it, she takes a job as a nurse at the seaside estate of Crestwicke Manor.

Everyone at Crestwicke has feelings–mostly negative ones–about the man who wrote the letter, but he seems to have disappeared. With plenty of enticing clues but few answers, Willa’s search becomes even more complicated when she misplaces the letter and it passes from person to person in the house, each finding a thrilling or disheartening message in its words.

Laced with mysteries large and small, this romantic Victorian-era tale of love lost, love deferred, and love found is sure to delight.

Joanna Davidson Politano is the award-winning author of Lady Jayne Disappears, A Rumored Fortune, and Finding Lady Enderly. When she’s not homeschooling her small children, she spends much of her time spinning tales that capture the colorful, exquisite details in ordinary lives. She is always on the hunt for random acts of kindness, people willing to share their deepest secrets with a stranger, and hidden stashes of sweets. She lives with her husband and their two children in a house in the woods near Lake Michigan and shares stories that move her at www.jdpstories.com.

Jocie McKadehttps://www.jociemckade.com/
Her fiction writing has received the Author / Ambassador at Library Journal Self-e Authors, Winner Queen of the West Reader Favorite Award, Amazon Bestseller - Historical, Double finalist in the Next Generation Indie Book Awards in the Mystery and Humorous Categories. Writing humorous cozy mysteries and romantic comedy, Jocie can find humor in most everything, even when she shouldn't. She lives in the Midwest on Dust Bunny Farm with her family.
Previous articleThe Diary of Lady X: Song of the Sea by Mursalin Machado
Next articleBEHIND THE WORDS WITH REGINA SCOTT