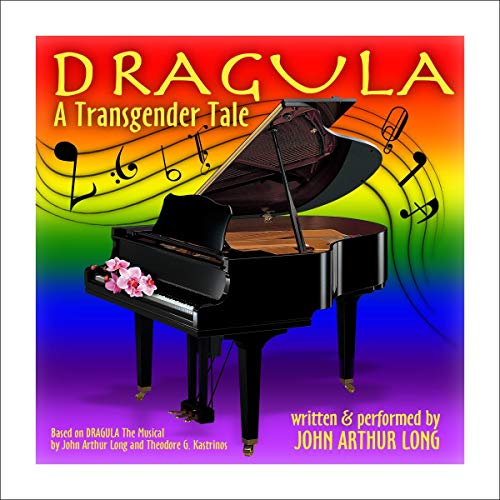 Vellum Publishing, Inc. announces the release of a Blackstone musical audiobook worldwide distribution: DRAGULA: A Transgender Tale, offering support for all those in the LGBTQIA+ movement with the message of tolerance for all.DRAGULA is a tale filled with sensitivity to personal struggle, raucous humor and musical entertainment. Peter, a vulnerable young man, makes the decision to transition, becoming the gender and human being he was meant to be.
However, the Right Reverend Bobby Swagger is determined to prove by whatever means necessary that Peter’s lifestyle and entertainment choices of the drag performer Dragula are sinful and wrong. Finally, Peter finds the courage to take an uncompromising stand against bigotry, proving that it’s all right to be true to yourself, no matter what lifestyle you choose.
According to the audiobook award winning narrator and writer, John Arthur Long, DRAGULA: A Transgender Tale conveys a message that is clearly and uncompromisingly stated by the main character: “Bigotry, the inability to tolerate the differences in others, is one of the great flaws of our society!” Moreover, he states that when presenting entertainment that represents individuals of the LGBTQIA+ community, he has endeavored to be sensitive to the courage these individuals have shown and empathetic to what they have endured by living in a manner that allows them to be true to themselves.
Vellum Publishing notes that a rave review from Broadwayworld.com supported the author’s words when it wrote that DRAGULA was…“Fantastically hilarious, entertaining, and still made a statement about who may be truly different in a heterosexual, Christian-dominated world.”
A series of six videos by the author covering all aspects of DRAGULA: A Transgender Tale audiobook can be found on YouTube. It’s important to note that the author is not transgender, but believes strongly in entertainment that takes a stand for equality and tolerance for all.
ABOUT THE AUTHOR: 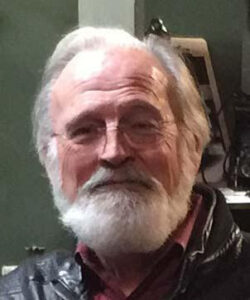 While spending a full, rewarding career teaching English, Creative Writing, and assorted Drama courses on the high school level in public education, John Arthur Long also pursued a writing career, publishing several successful novels. Mr. Long’s most recent professional writing creation is DRAGULA: A Transgender Tale, based on DRAGULA The Musical, a theatrical project Mr. Long co-authored with Theodore Kastrinos. With the message of “tolerance for all,” DRAGULA: A Transgender Tale incorporates music, humor and sensitive dramatic scenes to look at the world of a musical entertainer who performs as a transvestite named Dragula, and has made the decision to transition to become the woman he was meant to be in life. Mr. Long also served as narrator of the audiobook edition released and distributed by Blackstone Audio.

Mr. Long’s first novel, The Sign of the Guardian was published in two separate editions and optioned twice for motion picture production for which Mr. Long co-authored the screenplay. Eve of Regression, Long’s second novel about the search for the grave of the first woman in an African safari adventure, has been translated into several different languages, distributed worldwide as a bestseller and was recently re-issued as a Kindle book titled The Gates of Eden. Mr. Long also authored The Harvard Man, a hard-hitting crime novel about a rejected applicant who becomes obsessed with destroying the esteemed Ivy League university. The Mean, a recent contemporary novel by Mr. Long looks at the nature of true learning, the drama of human relationships, and the threat of violence that has recently become such an integral part of our lives. Mr. Long also performed as the narrator for the audiobook edition of The Mean.

John Arthur Long has also been active as a writer and a director in theater for his entire professional career and recently received a Best Director nomination for the Chain Theatre’s Off-Broadway revival production of Wait Until Dark. Long is the co-author of a children’s book, The Tooth Fairy Legend, a perennial seller which was based on his original family theatrical musical for which he co-wrote the book and music with Chet Meyer and that Liz Smith called “delicious,” in her column about its New York premiere, which Long also directed. Mr. Long also served as narrator for the audiobook edition of The Tooth Fairy Legend.

John Arthur Long has pursued a professional writing career that has resulted in several successfully published novels as well as being active as a voiceover artist and audiobook narrator. Mr. Long performed as the narrator for the Blackstone distributed audiobook edition of his recently published novel, The Mean which received the honor of being nominated in the best Author/Narrator and Mystery categories for the 2017 Voice Arts Awards, and for the best Audio Drama category of the 2018 Audie Awards.

Long served as narrator and music performer for the audiobook edition of his children’s chapter book, The Tooth Fairy Legend, which garnered nominations at the 2019 Voice Arts Awards for both best Sound Design and Production and for which Long was nominated as best Author/Narrator.