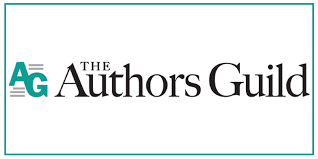 Last week Reader’s Entertainment posted news of the intended purchase of Simon & Schuster by Penguin Random House Books. This week, the Author’s Guild has issued statement with their opposition to this purchase.

The Author’s Guild “is the nation’s oldest and largest professional organization of writers.” Here are the details from their press release:

The Authors Guild opposes the proposed sale of Simon & Schuster to Penguin Random House. It would mean that the combined publishing house would account for approximately 50% of all trade books published, creating a huge imbalance in the U.S. publishing industry. The number of large mainstream publishing houses would go from five to just four, further reducing competition in an already sparse, competitive environment. For authors, it would mean there would be fewer competing bidders for their manuscripts, which would inevitably drive down advances offered.

Less competition would make it even more difficult for agents and authors to negotiate for better deals, or for the Authors Guild to help secure changes to standard publishing contracts—because authors, even best-selling authors, wouldn’t have many options, making it harder to walk away. The history of publishing consolidation has also taught us that authors are further hurt by such mergers due to editorial layoffs, canceling of contracts, a reduction in diversity among authors and ideas, a more conservative approach to risk-taking, and fewer imprints under which an author may publish.

The Authors Guild calls on the Justice Department to challenge PRH’s purchase of S&S and refuse to allow even further consolidation of the U.S. book publishing industry.