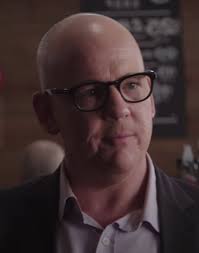 Simon & Schuster announced that bestselling author and celebrated television journalist John Heilemann is writing a book on the historic 2020 election and Joe Biden’s rise to the presidency to be released next year. The book will be a dramatic, first-hand account of Biden’s improbable, decisive, and potentially transformative triumphs over a sprawling field of Democratic rivals and then Donald Trump in a race with existential stakes. Priscilla Painton, Vice President, Editorial Director for Nonfiction at Simon & Schuster, acquired North American and Audio rights from Andrew Wylie of The Wylie Agency. Screen rights to the book have been acquired by SHOWTIME, where Heilemann is a host, executive producer, and creator of the heralded weekly political series The Circus.

Heilemann has known and covered Biden and his family for more than three decades, in print and on television. The forthcoming book will be based both on that unique history and Heilemann’s reporting on the 2020 campaign—when, amid a raging pandemic, a ruinous recession, and convulsive racial justice protests from coast to coast, the author criss-crossed the country to chronicle the critical moments of the fierce battle for the Democratic nomination and the tumultuous general election.

“I first met Joe Biden in 1986 when I was in college and he was getting ready to run for president the first time, and I’ve been following his ups and downs, his triumphs and tragedies, ever since,” Heilemann says. “The story of how, against all odds and against the apocalyptic backdrop of America in 2020, Biden rallied in the winter of his life to defeat Trump—and, in the eyes of many, to save the country—is one of the great political tales of this or any age, and I’m thrilled to have a chance to tell it.”

“John brings three qualities to his storytelling—great reporting, impeccable political instincts, and a wise sense of history,” adds Painton. “I look forward to publishing him on this historic election.”

Heilemann is the co-author of the New York Times bestselling books Game Change and Double Down, the definitive accounts of the 2008 and 2012 presidential elections, respectively. In addition to his role on The Circus, which just completed its fifth season on SHOWTIME and will return in January for its sixth, Heilemann is a co-founder of Recount Media and Executive Editor of The Recount, a dynamic new video platform for political and other news coverage. He is also National Affairs Analyst for NBC News and MSNBC. A former staff writer for New York Magazine, The New Yorker, Wired, and The Economist, Heilemann has covered politics, business, and their intersection in America and abroad for 30 years.