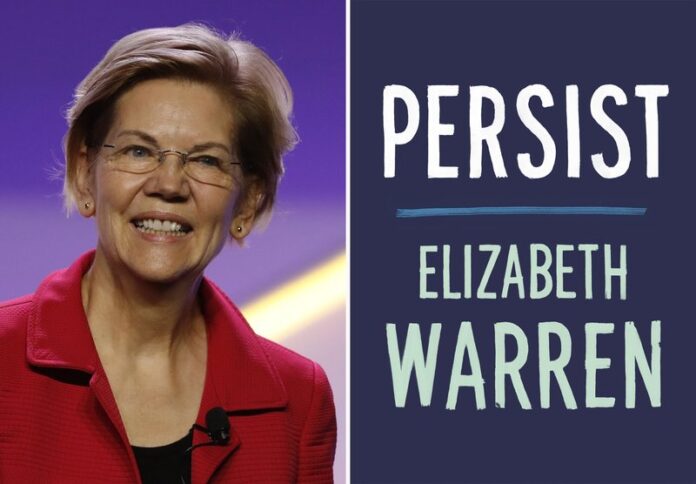 Sen. Elizabeth Warren, the widely admired former presidential candidate and current U.S. Senator from Massachusetts, will write about six experiences and perspectives that have influenced her life and advocacy in “Persist,” a new book that will also be a passionate plea for political transformation. Metropolitan Books, an imprint of Henry Holt and Company and the publisher of her past two best sellers, will publish the book on April 20, 2021. John Sterling, editor at large, acquired world rights from Robert Barnett and Daniel Martin of Williams & Connolly, LLP. Sterling edited her previous two books, “A Fighting Chance” and “This Fight is Our Fight.”

“Persist” is a deeply personal book and a powerful call to action in which Warren lays out plans and policies to create big, structural change. Warren did not even enter the political arena until she was in her early sixties, but she brought with her a lifetime of experience. As a mother, she knows that affordable child care is essential for women who hold down paying jobs. Formerly a teacher, she has long believed in the value of a good and affordable education. Acclaimed for the many plans she offered during her presidential campaign, she’s a planner who understands that every complex problem requires a comprehensive response. A born fighter, she has fought against corruption in government and for the country’s middle-class families. A dedicated learner, she thinks, listens and works to fight racism in America. Finally, she’s a woman who knows how hard it can be to convince some people that women are just as capable as men.

“I wrote ‘Persist’ because I remain as committed as ever to fighting for an America that works for everyone,” said Sen. Warren. “I’ve written a dozen books, but this one is especially personal: I bring the pieces of who I am to the fight for real change, and I passionately believe that we are in a moment when extraordinary changes are possible.”

A portion of the author’s proceeds from the book will be donated to the Greater Boston Food Bank, the Food Bank of Western Massachusetts, the Worcester County Food Bank, and the Merrimack Valley Food Bank.

About Sen. Warren: Elizabeth Warren is the senior senator from Massachusetts. She is the author of 11 previous books, including “A Fighting Chance” and “This Fight is Our Fight,” both of which were national bestsellers. The mother of two and grandmother of three, she lives in Cambridge, Massachusetts, with her husband, Bruce Mann, and their beloved dog, Bailey.