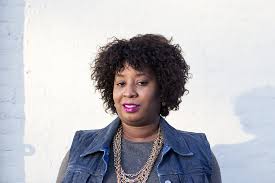 Simon & Schuster announced that it is publishing Watermelon and Red Birds, an essential cookbook for the all-American celebration of Juneteenth, by food writer and cookbook author Nicole Taylor, slated for publication in 2022.

Nearly two years after Abraham Lincoln issued the Emancipation Proclamation, Union troops spread the word of liberation to African-Americans. And so, June 19, 1865, in Galveston, Texas, festivities sprung up with song, dance, and food. The holiday is gaining popularity throughout our nation, and eaters are eager to raise glasses and break bread to honor Mrs. Red, White, and Blue’s forgotten backbone.

“Although, I’m not a native Texan, I’ve celebrated Juneteenth for more than a decade,” says Nicole Taylor. “From picnics in public parks to dinner parties on scrappy Brooklyn rooftop, I’ve gathered people around the long table to celebrate—freedom. I’m honored to share recipes, stories and images that salute the most important American holiday.”

“Nicole Taylor is a gifted storyteller, an expert researcher, and a talented home cook,” adds Dana Canedy, Senior Vice President and Publisher of Simon & Schuster. “She brings all those gifts and more to Watermelon and Red Birds, a cookbook that celebrates this important American holiday. I look forward to publishing this book, and expect it will stand, maybe with some splatters, on bedside tables and kitchen tables for years to come.”

In 2020, Nicole Taylor was nominated for two James Beard Awards, Personal Essay Short Form and Innovative Storytelling. She has written for the New York Times, Departures, Atlas Obscura, and Food & Wine. Nicole founded NAT Media, an original content company focused on producing and amplifying Black food creatives. ​She is the author of The Up South Cookbook and The Last O.G. Cookbook, and was the executive food editor at Thrillist. She also serves on the advisory committee for the MOFAD’s upcoming exhibit “African/American Food: Making the Nation’s Table.” Follow her at @foodculturist or visit her at nicoleataylor.com.