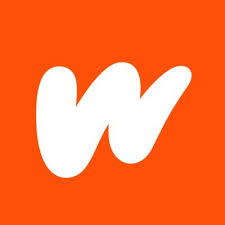 Wattpad Board of Directors Approves Agreement to be Acquired by Naver, the South Korean Internet Conglomerate and Home of WEBTOON™, a Leading Global Digital Comics Platform

The Board of Directors of Wattpad, the global multi-platform entertainment company for original stories and leading social storytelling platform, today announced its unanimous approval of a definitive agreement to be acquired by Naver, South Korea’s internet conglomerate and home of WEBTOON™, a leading global digital comics platform. Naver is expected to acquire Wattpad in a cash and stock transaction valued at more than an estimated USD $600 million, subject to customary adjustments and other terms.

The acquisition will allow Wattpad to continue to accelerate its international growth and success. The company will remain headquartered in Canada under the continued leadership of founders Allen Lau and Ivan Yuen.

The move will align Wattpad, and its global community of more than 90 million people, with Naver’s WEBTOON™, a leading digital comics publisher with an average of 72+ million monthly active users. WEBTOON™ is home to some of the biggest names in webcomics, including Lore Olympus, Rachel Smythe’s Eisner Award-nominated series. WEBTOON Studios has worked with The Jim Henson Company; Crunchyroll; Vertigo Entertainment – the production company behind the IT franchise and The Lego Movie; Bound Entertainment – the global studio led by Snowpiercer and Okja producer Samuel Ha.

“Co-founders Allen Lau and Ivan Yuen, and the entire team at Wattpad, have created something special, and we are grateful to have Allen and Ivan continue to lead this fantastic company for us post-acquisition,” said Seong-Sook Han, CEO of Naver. “Wattpad’s vision to entertain and connect the world through stories fits perfectly with our vision for WEBTOON and Naver’s content brand. We’re thrilled to have them join the Naver family,” she added.

“Wattpad joining WEBTOON under the Naver umbrella is a big step towards us becoming a leading global multimedia entertainment company,” said WEBTOON founder and CEO, Jun Koo Kim. “Both Wattpad and WEBTOON care most about helping creators tell their story their way, and both represent world-leading collections of inspired, imaginative storytelling IP.”

“When we started Wattpad in 2006, we understood that technology would democratize storytelling and that stories are the atomic unit of every type of entertainment,” said Allen Lau, CEO & co-founder, Wattpad. “In 2021, when every form of entertainment is being transformed, we’ve built a platform that can fuel hits on screen and bookshelves, empowering and rewarding a new generation of diverse creators all over the world. Today’s news is about continuing Wattpad’s journey and taking our business to the next level. We’re thrilled about the prospect of joining the amazing teams at Naver and WEBTOON to continue our growth, help more writers make money, and bring new voices to screens and bookstores everywhere.”

Wattpad’s global community reached 90 million people in 2020 — including more than five million writers — who spend over 23 billion minutes a month engaged in original stories ranging from science fiction, to romance, fantasy, horror, and everything in between.

Wattpad stories have found enormous success on screens and in bookstores, and to date around 1,500 Wattpad stories have been published as books, or adapted for TV and film. Wattpad Studios, the company’s TV, film, and publishing division, has ushered in a new era of data and audience-driven entertainment all over the world. The company’s approach to finding and developing stories was awarded the prestigious Innovative Producer Award at the 2020 Banff World Media Festival. Wattpad Studios has established entertainment partnerships with some of the most important TV and film studios all over the world, developing TV shows and films across five continents, with companies like Bavaria Fiction (Germany), Mediawan (France), Wise Entertainment (Brazil), CBC (Canada), Picturestart (U.S.), MediaCorp (Singapore), and many others.