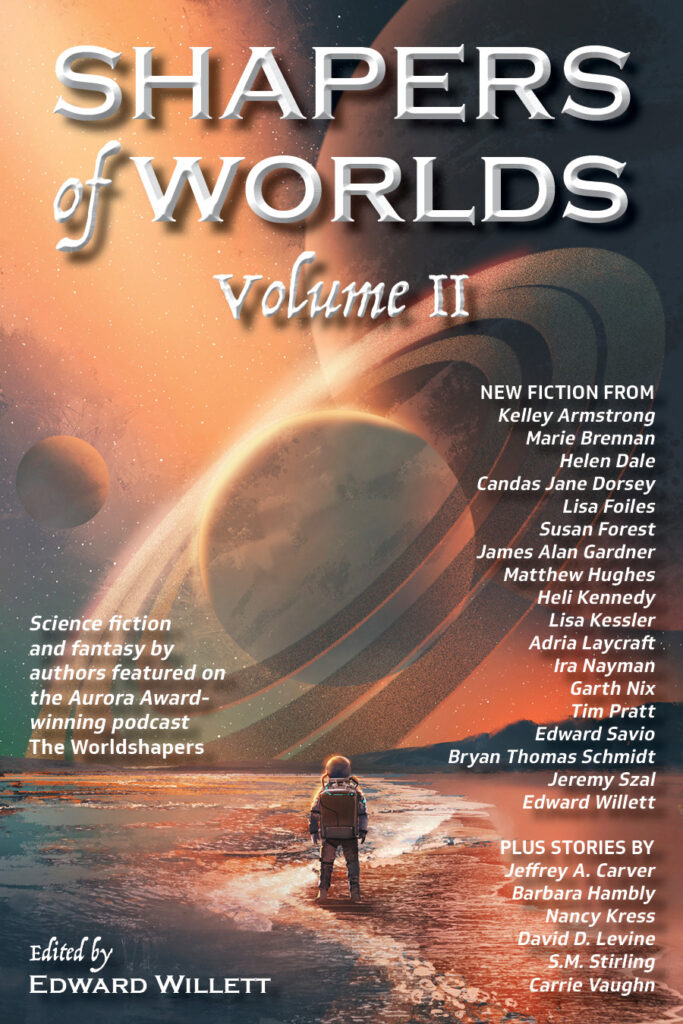 Edward Willett, an award-winning author of science fiction, fantasy, and non-fiction for readers of all ages, is launching a Kickstarter March 9 to fund Shapers of Worlds Volume II, an anthology featuring some of the top writers of science fiction and fantasy working today.

All of the authors were guests during the second year of Willett’s Aurora Award-winning podcast The Worldshapers (www.theworldshapers.com), where Willett interviews other science fiction and fantasy authors about their creative process.

Backers’ rewards offered by the authors include some 100 signed books (including limited editions), Tuckerizations (a backer’s name used as a character name), ready-to-hang photographs, audiobooks, bookplates, and more.

The Kickstarter campaign’s pre-launch page, where people can sign up to be notified when the project launches, is www.kickstarter.com/projects/edwardwillett/shapers-of-worlds-volume-ii. This will become the project link when the Kickstarter launches on March 9 at 12 noon CST.

Willett is seeking $15,000 CDN. Most of those funds will go to pay the authors, with the rest going to reward fulfillment, primarily the editing, layout, and printing of the book, which will be published in both ebook and trade paperback formats by Willett’s publishing company, Shadowpaw Press (www.shadowpawpress.com). The special Kickstarter edition for backers will be followed by a commercial release this fall.