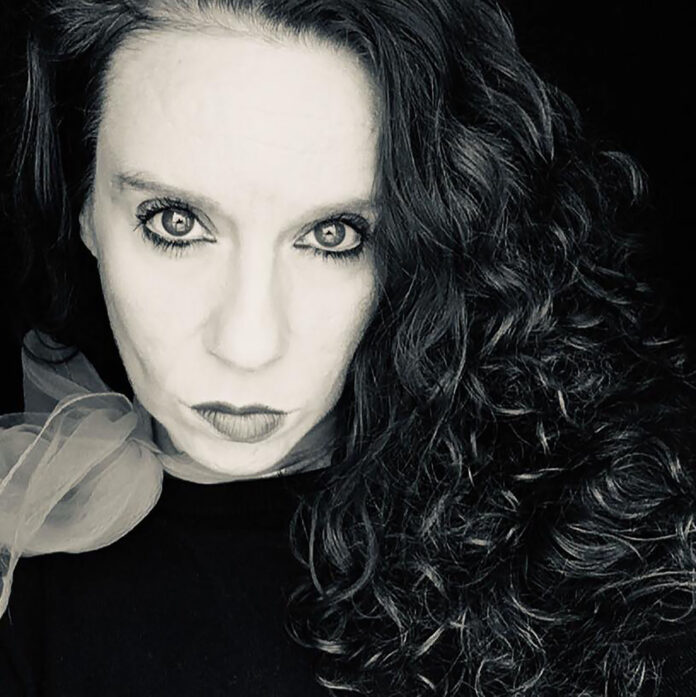 As a Literary Gothic Horror author, I find myself spending a lot of time in the past, especially in the past of my female characters. I live in their history for long enough that I can write their story. I need to know and understand them as if they were real. As a Gothic Horror novelist, I understand for my work to, well, work, the past needs to be alive. The history of my character’s emotional world needs to be breathe in every line. It needs to haunt them.

In honor of Women’s History Month, I would like to highlight the Women in History that have haunted me over the years, the ones that came before me and helped shape not only my work, but who I am as an artist and a woman.

Edith Wharton – Wharton is mainly known for her work as the author of High Society in the 1800’s, with her novels The Age of Innocence and The House of Mirth. But I am placing her on this list for two different reasons, one would be her short novel Ethan Frome. This beautiful, bleak, melancholy tale perfectly encapsulates the claustrophobic emotional terror of a New England Winter. It also explores the ideas of unrequited love and the overwhelming power of fate. This quiet tale created one of the most beautifully broken characters I have read— Ethan Frome. If there were no Ethan Frome, I believe that the character Francis from my novel “When the Sleeping Dead Still Talk”, would never have been dreamed into existence.

Edith Wharton is also on this list for her delicious collection of Victorian Era Ghost Stories…I cannot tell you how thrilled I was to discover this book so many years ago. It belongs on this list because she, as well as many other female authors of the Victorian Era are truly the authors that defined the idea of a ghost story and the haunted house. Afterall, at that time when “women’s place was in the home” who better to tell the tales of the terror behind closed doors, the silent horror of domesticity.  For this I thank you Edith Wharton.

Zelda Fitzgerald – Yes, that Fitzgerald, known for being “the wife” of F. Scott Fitzgerald, she is also the author of the otherworldly hallucinogenic, lyrical masterpiece. “Save Me the Waltz”. When reading the work of Zelda, it is hard not to see her as so much more than the “muse” of a genius man. In fact, to me it is hard to not see how much of the magic behind F. Scott, had been Zelda’s influence all along. Her words, her intoxicating personality, her strong emotional orbit that pulled everyone into it. Zelda, decided at age 30 to become a ballet dancer, she decided to remember who she always wanted to be in her childhood. She danced, she created, and she went mad doing it. Maybe she was mad before… It was the 1920’s it’s hard to say when the madness started. There was cocaine in the wine, and she had already been teetering on the edge of mental illness her whole life.  Zelda is on this list for me, for reasons that are only tangentially attached to my writing.  She is here because of the dance, because much like Zelda, I became a professional dancer (ballroom and lyrical) at the age of 30, which was a good 20 years after every one of my doctors said I would never be a professional dancer, that my knees, at the age of 10 were already shot. Zelda is here because she was a beautiful dreamer, she is here because she was misunderstood, and too talented and beautiful for her world. For this I thank you Zelda Fitzgerald.

Shirley Jackson – She is the godmother of horror fiction, the queen of New England Gothic. There is no list of any kind for me that cannot include Shirley Jackson. I have a tattoo from the “Haunting of Hill House”, my husband has a tattoo from “We Have Always Lived in the Castle”. If “Lovecraft Country” is a part of New England, then “Shirley Jackson Country” is the town next door, the one that no one talks about…it is equally as sinister but in a more internal, claustrophobic, and domestic way. Shirley Jackson is on this list for her agoraphobia, for her personifications of houses and buildings as characters that are both devastatingly terrible and alluring. Jackson creates settings that are like a Venus Fly Trap.  Shirley Jackson is here because she has always made me believe that the inanimate was animate. She made me believe that a setting is a character, that the land under a home or a building is alive, it is alone, and it is wanting.  Shirley Jackson and Hill House helped me to create the Hotel on my fictional Dagger Island in my novel “From Daylight to Madness”.  When I read Haunting of Hill House at a young age (and many times since then) I understood the pleasurable terror that can be found in architecture, I found the mystery and draw of what makes a place “feel wrong”. I am still exploring that and discovering it as if it was new every time.  Shirley Jackson as a woman who was writing what seemed to be “domestic horror” on the surface, created a movement of emotional horror that is tied to place, and memory that I am still in awe of now.  If there were no Elanor in Hill House, there would never have been an Isabelle in the Hotel Series (From Daylight to Madness). For this I thank you Shirley Jackson.

Anne Sexton – So you see, there is a bit of a New England theme to many of these writers…I guess I don’t stray too far from home, much like may of these woman. Anne Sexton, the Pulitzer Prize Winning Poet, who is often merely bunched into the “Suicide Squad” of female poets from New England. Yes, there was a history of affluent money and mental illness when it was easier to send the beautiful daughters away to a high end but still brutal psychiatric facility for someone else to help (Sylvia Plath, Susannah Kayson…and yes, our Anne Sexton).

Anne Sexton is yet one more “woman in history” that has her words tattooed on my body. My back proudly states, “we are magic talking to itself, noisy and alone.” Anne Sexton is on this list for all of my reasons. One, because we are magic, all of us. We believe it, this is the noise, then we stop believing it…there it is again, the noise, this time it’s different. It is the “alone” that breaks my heart, every time I read it. It is the alone that is not necessary. It is the “alone” that made people create a Women in History Month. So, we could spend a month remembering that we are not alone. We could spend the month of March celebrating the “noise”.

Anne Sexton is my favorite poet, she expressed the “ugly” thoughts we all have with such beauty. When I wrote my novel “Beautiful, Frightening, and Silent” I had to draw on the darker parts of grief, dysmorphia, and trauma… I had to blend those things with poetry. I was petrified to write the book I wanted to write. A horror novel about trauma, written in poetry.  I thought it could not be done, but time and time again I read and re -read Anne Sexton’s poem “You, Doctor Martin” …and I realized it could happen.  There was terror and beauty in a mind as it unraveled. For this, I thank you Anne Sexton.

This list, it could keep going, both further back in time and then again stretched out into the future. 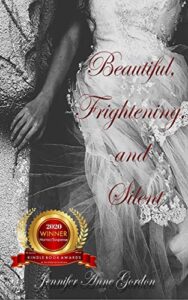 Adam, a young alcoholic, slowly descends into madness while dealing with the psychological scars of childhood trauma which are reawakened when his son and wife die in a car accident that he feels he is responsible for. After a failed suicide attempt, and more group meetings that he can mention. Adam hears a rumor of a Haunted Island off the Coast of Maine, where “if someone wants it bad enough” they could be reunited with a lost loved one. In his desperate attempt to connect with the ghost of his four-and-a half year old son, he decides to go there, to Dagger Island, desperate to apologize to, or be condemned by, his young son. Adam is not sure what he deserves or even which of these he wants more. While staying in a crumbling old boarding house, he becomes involved with a beautiful and manipulative ghost who has spent 60 years tormenting the now elderly man who was her lover, and ultimately her murderer. The three of them create a “Menage-a-Guilt” as they all come to terms with what it is that ties them so emotionally to their memories and their very “existence”. Beautiful, Frightening, and Silent is a poetic fever dream of grief, love, and the terrifying ways that obsession can change who we are.

Jennifer Anne Gordon is a gothic horror/speculative fiction novelist. Her work includes Beautiful, Frightening and Silent (2020) which won the Kindle Award for Best Horror/Suspense for 2020, Won Best Horror 2020 from Authors on the Air, was a Finalist for American Book Fest’s Best Book Award- Horror, 2020, as well as BOOK OF THE YEAR FINALIST for Authors on the Air, 2020, it also received the Platinum 5 Star Review from Reader’s Choice as well as the Gold Seal from Book View.  Her second Novel, “From Daylight to Madness (The Hotel book 1)” received the Gold Seal from Book View, as well as The Platinum Seal from Reader’s Favorite, her third novel “When the Sleeping Dead Still Talk (The Hotel book 2)” Was published late November 2020.

Jennifer is one of the hosts as well as the creator of Vox Vomitus, a video podcast on the Global Authors on the Air Network, as well as a Co-Host of the podcast “Writers Showcase”. She had been a contributor to Ladies of Horror Fiction, Horror Tree, Writers After Dark, Reader’s Entertainment Magazine, Nerd Daily, and Ginger Nuts of Horror.

She is a member of the Horror Writers Association.

She graduated from the New Hampshire Institute of Art, where she studied Acting. She also studied at the University of New Hampshire with a concentration in Art History and English.

She has made her living as an actress, a magician’s assistant, a “gallerina”, a comic book dealer, a painter, and burlesque performer and for the past 10 years as an award-winning professional ballroom dancer, performer, instructor, and choreographer.

When not scribbling away (ok, typing frantically) she enjoys traveling with her husband and dance partner, teaching her dog ridiculous tricks (like ‘give me a kiss’ and ‘what hand is the treat in?’ ok these are not great tricks.) as well as taking photos of abandoned buildings and haunted locations.

She is a leo, so at the end of the day she just thinks about her hair.

For more information and benevolent stalking, please visit her website at http://www.JenniferAnneGordon.com