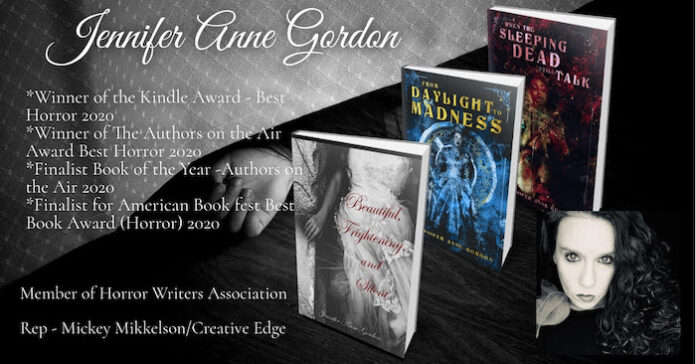 There is a place between a dreams and reality where comics have always landed for me. The characters often teeter on the edge of hero and villain, they showcase moments of brutal and beautiful reality and the surreal, and brutal viciousness of our world. Of real-life moments.

Some people will read these words and only think of the big comic book movies, the splashy special effects and the CGI that overpowers the senses—how can comic books be all of those other things as well?

The first comics I remember buying as a child were the Archie comics, and I will proudly admit I watch Riverdale, though it bears no resemblance to my Archie comics I knew and loved when I was little.  From Archie my fondness went to Batman, and from there to the much beloved Wendy and Richard Pini masterpiece. Elf Quest. That was the first comic that made me delve into the world of comic shops, it made me hunt for back issues and treasure each issue as if it were an ephemeral bit of happiness that could never be replaced.

This was the 80’s and Graphic Novels were not really commonplace, and much like TV shows before VCR’s if you missed out, it was gone for good.

So if Elf Quest was my first crush, then I would have to say my first real love, the love that ruins and changes you. The love that spoils you for all other loves, would be Neil Gaiman’s Sandman. I can only describe the first time I read Sandman to being akin to the first time I heard The Cure. It was a defining moment in my teen years.  I wanted to be Death. I was obsessed with her goth style, her snarky attitude, and the searing all knowing, all ending aura that was created with that character.  So though I loved Sandman from issue #1, it was not until #8, Death’s first appearance that I knew I would never be coming back from that, my life was changed. What also changed in me was what I now wanted and expected from comics, not only from the writing, but from the art as well.

From Gaiman, I quickly found love in the DC Comics, Vertigo line of books. That was where I found a deep connection in Alan Moore’s run, on Swamp Thing. He changed that entire universe. Suddenly it was not a book about a man who became a swamp monster—but instead in Moore’s re-imaging of the character, the Swamp Thing was not a man at all, but a sentient piece of a swamp, who only ever thought he was a man. In his world he made us question what love was, what feelings were, and what is the definition of human, what makes us human…even if we are not.

I will stick with Alan Moore, as I have to touch on Watchman. This graphic novel reads like a full symphony. It is more than a story; it is a fully immersive experience into a world that nowadays doesn’t seem too far fetched from ours. As an author I am often asked about what my favorite books are, what are my favorite things ever written—and I always come back to a specific portion of Watchman. The part when Doctor Manhattan explains how he experiences time and memory. I will be honest, it has been over twenty years since the first time I read that, and to this day I cry ugly tears every time I read it. It’s beautiful, and it is one of the few things in literature that I think of every day.

I also need to give a shout-out to one final Alan Moore book—The Killing Joke. This was the definitive Joker story, for me. It showed him for the first time to be truly the dark character he was meant to be. This was also the first time that I remembered a hero being at the end of the day, still all too human. I am of course talking about Barbara Gordon/Batgirl. Her horrible injury in this comic led to a dynamic multiyear transformation for her as a character, though her we understood more about healing, and once again, about love.

I will finish off today with my all-time favorite comic series. Terry Moore’s Stranger’s in Paradise.

Strangers in Paradise is the most beautiful love triangle and love story I have ever read.  A story about true love and friendship. A story about being in your twenties and being in love with someone of the same sex even if you are “not gay”. It is a book about finding your soul mate, and the infinite ways we can break each other’s hearts and save each other’s lives every day.

I sobbed when the series ended, I met Terry Moore at a comic convention, and he held me while I wept. He let me mourn the loss of the characters he created. I thanked him for creating the first love story I read that feel like it could be mine.

Jennifer Anne Gordon is a gothic horror/literary fiction novelist. Her work includes Beautiful, Frightening and Silent which won the Kindle Award for Best Horror/Suspense for 2020, Won Best Horror 2020 from Authors on the Air, was a Finalist for American Book Fest’s Best Book Award- Horror, 2020. It also received the Platinum 5 Star Review from Reader’s Choice as well as the Gold Seal from Book View.  Her second Novel, From Daylight to Madness (The Hotel book 1) received the Gold Seal from Book View, as well as The Platinum Seal from Reader’s Favorite, her third novel When the Sleeping Dead Still Talk (The Hotel book 2) Was published in late 2020.

Her latest novel Pretty/Ugly is being released on July 13, 2021.

Jennifer also had a collection of her artwork published Victoriana: The Mixed Media Art of Jennifer Gordon.

Jennifer is one of the hosts as well as the creator of Vox Vomitus, a video podcast on the Global Authors on the Air Network, as well as a Co-Host of the podcast Writers Showcase.  As a podcast host Jennifer has interviewed authors such as V.C Andrews, James Rollins, Paul Tremblay, Sarah Langan, Mary Rollins, Josh Malerman, Carol Goodman, Paula Munier, Wendy Webb, and Matt Ruff. She had been a contributor to Ladies of Horror Fiction, Horror Tree, Writers After Dark, Reader’s Entertainment Magazine, Nerd Daily, and Ginger Nuts of Horror.