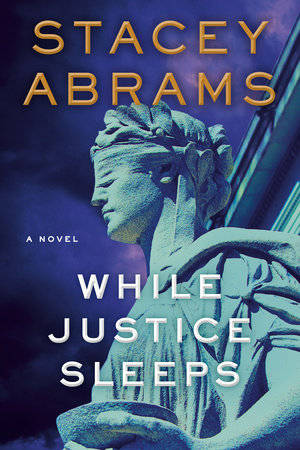 Berkley won, at auction, World and audio rights to three romance novels by celebrated political leader and New York Times bestselling author Stacey Abrams. Previously released under the name Selena Montgomery, the novels were Abrams’s first published books and have been out of print for many years. Berkley will begin releasing the repackaged books in hardcover and audio formats in 2022. Linda Loewenthal of The Loewenthal Company brokered the deal.

Each of Abrams’s romantic suspense novels—Rules of Engagement, The Art of Desire, and Power of Persuasion—features international espionage, page-turning action, a core love story, Black heroines, and a diverse cast of characters.

“As my first novels, they remain incredibly special to me,” said Stacey Abrams. “The characters and their adventures are what I’d wished to read as a young Black woman — stories that showcase women of color as nuanced, determined, and exciting. As Selena and as Stacey, I am proud to be a part of the romance writing community and excited that Berkley is reintroducing these stories for new readers and faithful fans.”

Berkley Vice President and Editorial Director Cindy Hwang is thrilled to re-release Abrams’s early novels and share them with a much larger audience. “It’s an honor to work with Stacey and reintroduce her fantastic novels to the world. I love that Stacey has always embraced her romance novelist roots—she is fiercely proud, just as we are proud of our romances and their key importance to Berkley’s publishing program,” said Hwang.

Abrams’s first legal thriller, While Justice Sleeps, will be published as a hardcover by Doubleday on May 11, 2021.

Stacey Abrams is the two-time New York Times bestselling author of Our Time Is Now and Lead from the Outside, an entrepreneur, and a political leader. A tax attorney by training, she served eleven years in the Georgia House of Representatives, seven as Minority Leader, and became the 2018 Democratic nominee for governor of Georgia, where she won more votes, at the time, than any other Democrat in the state’s history. She has launched multiple organizations devoted to voting rights, training and hiring young people of color, and tackling social issues at the state, national, and international levels. She is the founder of Fair Fight, Fair Count, and the Southern Economic Advancement Project. Abrams is a lifetime member of the Council on Foreign Relations and sits on the advisory board of Climate Power 2020 and the advocacy board of the Women’s National Basketball Players Association. She has received degrees from Spelman College, the LBJ School of Public Affairs at the University of Texas, and Yale Law School.