Search
Home Blog PODCAST: Inspiration and the Magic of the Muse with Author Shane Wilson... 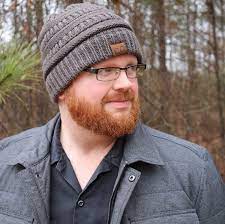 Shane Wilson is a storyteller. No matter the medium, the emphasis of his work is on the magical act of the story, and how the stories we tell immortalize us and give voice to the abstractions of human experience.

Born in Alabama and raised in Georgia, Shane is a child of the southeastern United States where he feels simultaneously at-home and out-of-place. He graduated from Valdosta State University in south Georgia with a Masters in English. He taught college English in Georgia for four years before moving to North Carolina in 2013.

Shane’s short story, “The Boy Who Kissed the Rain” was the 2017 Rilla Askew Short Fiction Prize winner and was nominated for a 2018 Pushcart Prize.

Shane is currently at work on a new novel. Visit www.shanewilsonauthor.com for more!

Here’s a look at Shane’s latest release: THE SMOKE IN HIS EYES 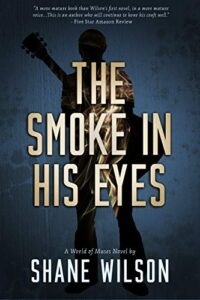 When TJ—a musical prodigy—witnesses a traumatic event as a child, his senses are overrun with intense hallucinations. Over the years, his visions increase in frequency and intensity, but he hides them from those he is closest to, including his best friend and musical partner, Lila, who challenges TJ to reject formulaic creation in order to create something beautiful and unique. But when Lila signs a record deal, TJ feels left behind and alone with his art and his visions.

That’s when TJ meets an artist named Muna. In his eyes and visions, Muna is made of smoke, and as this magical woman helps him learn how to manage his visions and how to translate what he sees and hears into music and lyrics, she begins to disappear. His journey into Muna’s past is a journey to discover where inspiration originates and what happens to an artist when that inspiration is gone.