Search
Home Blog Inspiration Behind the Story by Brian Malloy 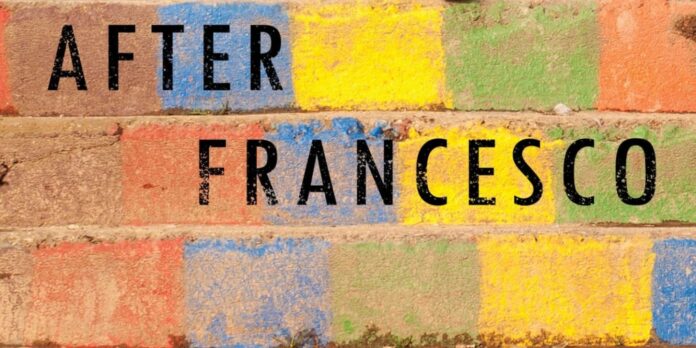 Inspiration Behind the Story by Brian Malloy

The catalyst for After Francesco was How to Survive a Plague, the documentary by David France. My husband and I watched it together, and he turned to me and said, “I think we must have PTSD.” Until watching How to Survive a Plague, I hadn’t thought about that time in my life for years, and with this film it all came flooding back. I can’t recommend the documentary or David France’s book of the same title highly enough.

I wrote After Francesco because as we approach the 40th anniversary of the first Center for Disease Control report on what would become known as AIDS, the pandemic—as my generation of gay men experienced it—is becoming a footnote in some histories, and completely absent in others. The contemporary fiction by gay authors of the time is largely out of print, books like Facing It by Paul Reed, Eighty-Sixed by David B. Feinberg, A Hundred Days from Now by Steven Corbin, and The Body and Its Dangers by Allen Barnett. The gay writers we lost to the disease leave behind a legacy of what might have been—had this country decided that the lives of gay men mattered, had it dedicated the resources necessary to fight the crisis as it had done with Legionnaire’s Disease and Toxic Shock Syndrome.

And to be honest, I wasn’t ready to write about it any sooner. The distance of time made it possible, along with age: I’m in my 60s now.

“Like Rebecca Makkai’s The Great Believers, author-activist Malloy’s newest novel is a heartrending portrayal of the realities of healing.” – Oprah Mag, Best LGBTQ Books of 2021

Acclaimed author Brian Malloy brings insight, humor, and the authenticity of his own experiences as a member of the AIDS generation to this universal story of love and loss set in New York City and Minneapolis at the peak of the AIDS crisis. Published on the 40th anniversary of the disease’s first reported cases, After Francesco is both a tribute to a generation lost to the pandemic as well as a powerful exploration of heartbreak, recovery and how love can defy grief.

The year is 1988 and 28-year-old Kevin Doyle is bone-tired of attending funerals. It’s been two years since his partner Francesco died from AIDS, an epidemic ravaging New York City and going largely ignored by a government that expects those affected to suffer in silence, thrusting unjustifiable shame and guilt on top of their loss.

Some people might insist that Francesco and the other friends he’s lost to the disease are in a better place now, but Kevin definitely isn’t. Half-alive, he spends his days in a mind-numbing job and nights with the ghost of Francesco, drunk and full of memories of the life of a man who was too young to die.

When Kevin hits an all-time low, he realizes it’s time to move back home to Minnesota and figure out how to start living again–without Francesco. With the help of a surviving partners support group and old and new friends, Kevin slowly starts to do just that. But an unthinkable family betrayal, and the news that his best friend is fighting for his life in New York, will force a reckoning and a defining choice.