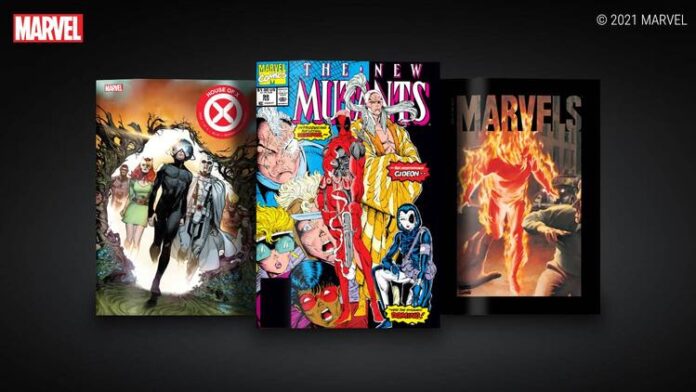 An all-new way to collect Marvel Comics, including New Mutants #98, House of X #1, and Marvels #1!

Marvel Entertainment and VeVe are back with a new round of classic Marvel Comics as NFTs!

Each comic’s full issue is readable within the VeVe app and sold in blind boxes for $6.99. Each digital comic book will have FIVE versions of rarity:

Don’t forget to act fast! If the Spider-Man Digital Statues, Captain America Marvel Mighty Figures, and First-Ever Marvel Digital Comic Collectibles launches are any indication, you’ll want to be right there exactly on the hour!

Phineas Horton was like a modern day Prometheus, stealing fire from heavens and handing a human torch down to man. Discover the origin of The Human Torch in stunning detail.

The VeVe Digital Collectibles App is available on iOS and Android devices. Fans can buy and collect a variety of Marvel NFTs; trade and hunt for rare (and even secret-rare) NFT comic books and collectibles; and display their hard-earned collection through fully customizable virtual showrooms. Learn more: VeVe.me