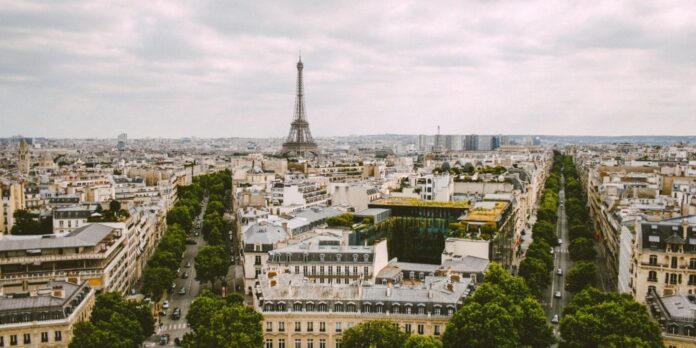 I’ve always been intrigued by World War II mysteries. Churchill’s Secret Messenger was inspired by the valiant women of Winston Churchill’s Secret Army, and a daring Royal Air Force bombing raid on a prison in German-occupied France, which remains shrouded in controversy.

Did you know that Britain’s Special Operations Executive (SOE), also known as “Churchill’s Secret Army”, trained women to be combatants and secret agents? I must admit, I knew little—prior to conducting research for this book—about the heroism of the women who were parachuted behind enemy lines. During World War II, 39 of the 470 SOE agents in German-occupied France were women. I was moved by their courage and willingness to risk their lives to free Europe from Nazi occupation. Many of these brave women were captured, tortured, and killed. Several real-life secret agents, including Pearl Witherington, Nancy Wake, and Odette Sansom, provided inspiration for creating Rose Teasdale’s character in the book. It is my hope that this story will commemorate the brave women who served in the SOE.

While conducting research for Churchill’s Secret Messenger, I became fascinated by Operation Jericho, a Royal Air Force (RAF) bombing raid on Nazi-held Amiens Prison in France. The objective of the mission—which took place on February 18, 1944, one day before over one-hundred French Resistance prisoners were to be shot—was to breach the walls of the prison and free the captives. The bold RAF Mosquito attack, which was filmed by a camera in one of the planes, was successful with breaching the perimeter prison wall and freeing over 250 prisoners, but it came at a cost. One hundred and two prisoners were killed in the attack, and many who escaped were later recaptured. I was surprised to learn of the dispute as to who requested the raid and whether it was needed. Some speculate that the French Resistance or SOE instigated the operation, while others believe that the raid was designed by the British to sidetrack German military intelligence away from where the Normandy landings would take place a few months later. To this day, the true purpose of Operation Jericho and the person who authorized the mission remains a secret.

During my research, I was intrigued to learn about Room 60 of Churchill’s underground Cabinet War Rooms, located beneath the Treasury building in London. The room contained typists and switchboard operators, who were all civilians. Many of them stayed underground, day and night, sleeping between shifts in a sub-basement known as the “dock”. During my fact-finding, I stumbled upon an extraordinary video interview of Joy Hunter, who was a typist in Churchill’s War Rooms. I was captivated by her story of Winston Churchill’s cordial, sympathetic, and sometimes humorous interaction with the civilian staff. The interview sparked my curiosity, and I wondered what might happen if Churchill had arranged for one of the War Room typists to be recruited for his secret army. It was then that I imagined Rose Teasdale to be a typist turned spy.

As you read this letter, perhaps you’re wondering How were secret agents organized in France? The SOE networks in France (F Section) typically had three types of personnel: circuit organizer, wireless radio operator, and courier or messenger. Rose’s SOE courier assignment in Paris is inspired by the true story of the Physician network, which was infiltrated in 1943 by the Sicherheitsdienst (SD), a Nazi intelligence agency. The collapse of Physician and its sub-circuits resulted in the capture of nearly 30 SOE agents, as well as hundreds of French collaborators with the SOE. In Churchill’s Secret Messenger, Rose’s network called Conjurer is a fictional sub-circuit to Physician. I created her sub-circuit to provide readers an inside view of events taking place in Paris during the fall of the Physician network, as well as to devise a storyline on the mystery of Operation Jericho.

It was an honor to research the life of Sir Winston Churchill. I spent many enjoyable hours reading and listening to his speeches, as well as scouring over reports of his personal life, such as his home, Chartwell, and his passion for his Golden Orfe. I strived to display Churchill as confident, wartime leader who inspired hope in the darkest of times, as well as reveal little-known aspects of his personality, such as his friendly and caring demeanor with civilian workers in the underground bunker.

While the story of Rose is fictional, the novel is based on real historical events, which I labored to accurately weave into the timeline of this tale. In addition to Operation Jericho and the Physician network, the story contains the July 1942 Vel’ d’Hiv Roundup, when French police arrested over 13,000 Parisian Jews, including over 4,000 children, who were shipped in cattle cars to Auschwitz Concentration Camp. Also, the book covers Ravensbrück, a German concentration camp exclusively for women, where several real-life SOE agents were detained.

Numerous historical figures make appearances in this book, most notably Winston Churchill. I believe it is important recognize Captain Selwyn Jepson, a British mystery author who served as the SOE’s senior recruiting officer. He was a strong proponent of women agents and, during an interview with the Imperial War Museum, he stated: “In my view, women were very much better than men for the work. Women, as you must know, have a far greater capacity for cool and lonely courage than men.” Although Captain Jepson’s recruitment interview with Rose is fictional, I believe including him in the tale captures the spirt of the novel.

Many books, documentaries, and historical archives were crucial for my research. SOE In France 1941 – 1945 by Major Robert Bourne-Paterson and Shadow Warriors of World War II, the Daring Women of the OSS and SOE by Gordon Thomas and Greg Lewis were incredibly helpful with gaining an understanding of the British circuits in France, as well as the motivation and experiences of SOE agents. Ravensbrück: Life and Death in Hitler’s Concentration Camp for Women by Sarah Helm was an exceptional resource for gaining insight into the atrocities which occurred at the German concentration camp. Also, the 1947 film, School for Danger, produced by the RAF Film Unit, provided a terrific view of the training and deployment of SOE agents. Additionally, the 1944 newsreel, The Jail Breakers by British Pathé, included the actual film footage of the RAF raid on Amiens Prison.

I often wonder why the true purpose of Operation Jericho, including the person who authorized the mission, remains an enigma. Maybe the bombing raid was instigated by the French Resistance or SOE to free the prisoners who were scheduled to be executed. Perhaps the mission was designed by Churchill to keep Hitler guessing as to where the invasion of France would take place. Or, like Churchill’s Secret Messenger, the fight to rescue prisoners was far more than a military operation. Until the puzzle is solved, I like to believe that confidential records on Operation Jericho will someday disclose—despite great sacrifice—the lengths we will go to save the ones we love.

From the USA Today bestselling author of The Long Flight Home…Recruited from Churchill’s typing pool to become an undercover spy in German-occupied France, a young woman from London bravely endures daring missions, audacious escapes, and harrowing imprisonment in a Nazi concentration camp, risking everything for the country–and the man–she loves.

London, 1941: In a cramped bunker in Winston Churchill’s Cabinet War Rooms, underneath Westminster’s Treasury building, civilian women huddle at desks, typing up confidential documents and reports. Since her parents were killed in a bombing raid, Rose Teasdale has spent more hours than usual in Room 60, working double shifts, growing accustomed to the burnt scent of the Prime Minister’s cigars permeating the stale air. Winning the war is the only thing that matters, and she will gladly do her part. And when Rose’s fluency in French comes to the attention of Churchill himself, it brings a rare yet dangerous opportunity.

Rose is recruited for the Special Operations Executive, a secret British organization that conducts espionage in Nazi-occupied Europe. After weeks of grueling training, Rose parachutes into France with a new codename: Dragonfly. Posing as a cosmetics saleswoman in Paris, she ferries messages to and from the Resistance, knowing that the slightest misstep means capture or death.

Soon Rose is assigned to a new mission with Lazare Aron, a French Resistance fighter who has watched his beloved Paris become a shell of itself, with desolate streets and buildings draped in Swastikas. Since his parents were sent to a German work camp, Lazare has dedicated himself to the cause with the same fervor as Rose. Yet Rose’s very loyalty brings risks as she undertakes a high-stakes prison raid, and discovers how much she may have to sacrifice to justify Churchill’s faith in her…