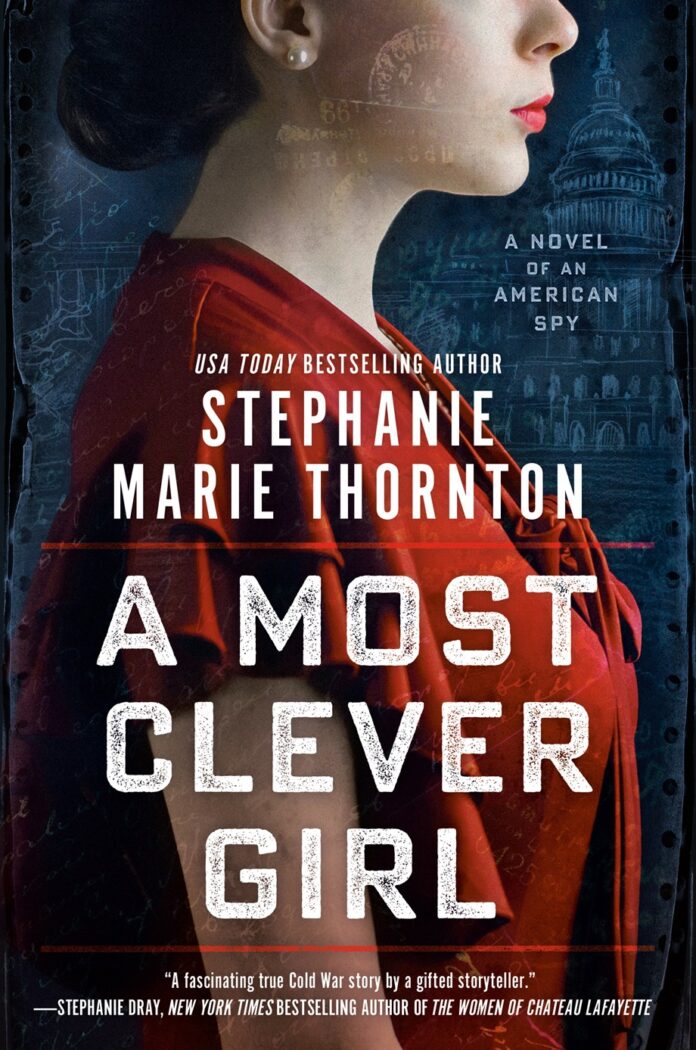 A MOST CLEVER GIRL BY STEPHANIE MARIE THORNTON

A thrilling novel of love, loyalty, and espionage, based on the incredible true story of Elizabeth Bentley, a Cold War double agent spying for the Russians and the United States.

1963: Reeling from the death of her mother and President Kennedy’s assassination, Catherine Gray shows up on Elizabeth Bentley’s doorstep demanding answers to the shocking mystery she just uncovered about her family. What she doesn’t expect is for Bentley to ensnare her in her own story of becoming a controversial World War II spy and Cold War informer…

Recruited by the American Communist Party to spy on fascists at the outbreak of World War II, a young Bentley—code name Clever Girl—finds she has an unexpected gift for espionage. But after falling desperately in love with her handler, Elizabeth makes another surprise discovery when she learns he is actually a Russian spy. Together, they will build the largest Soviet spy network in America and Elizabeth will become its uncrowned Red Spy Queen. However, once the war ends and the U.S. and U.S.S.R. become embroiled in the Cold War, it is Elizabeth who will dangerously clash with the NKVD, the brutal Soviet espionage agency.

As Catherine listens to Elizabeth’s harrowing tale, she discovers that the women’s lives are linked in shocking ways. Faced with the idea that her entire existence is based on a lie, Catherine realizes that only Elizabeth Bentley can tell her what the truth really is.